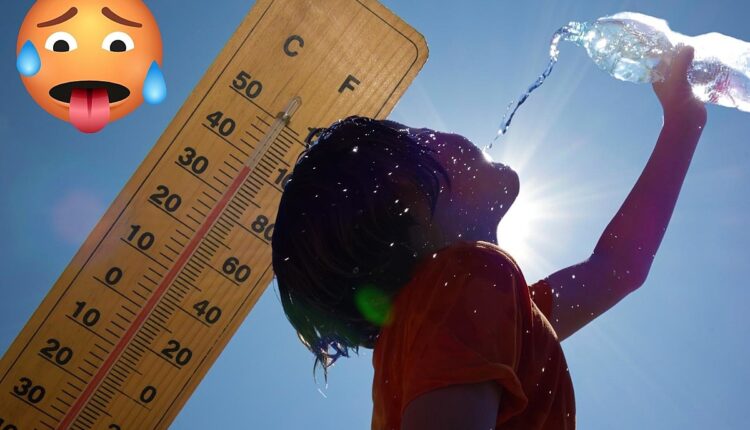 Here in Mid-Michigan, we’re fortunate to be far enough north that we’ve been spared the most unbearable summer heat that Mother Nature has unleashed onto North America this season. A stubborn dome of high pressure is responsible for unrelenting heat this season to our south and west, but luckily, we’ve dodged that.

There’s plenty of summertime left, theoretically plenty of time for Lansing to make a run at 100+ this season… but history would say that window of possibility is about to close. Our average daily high temperature has already passed its peak for the season, and although it’s hard to tell, our days are already beginning to become slightly cooler on average.

Among the ten times Lansing has recorded daytime highs of 100 or more, it’s never happened later than August 6 (and that was over one hundred years ago, in 1918, when the mercury reached 102).

Lansing has only reached triple digits on the thermometer 10 times in recorded history, according to extremeweatherwatch.com, and it’s only happened twice so far this century.

Here’s a rundown of all the other times Lansing’s had triple-digit heat:

The high temperature has topped out at an even 100 on four separate occasions in Lansing, the most recent of which was on the 4th of July in 2012. Independence Day that year turned out to be the second hottest day of the year—there was another day that would top it. More on that in a little bit.

In late July of 1916, a brutal heat wave struck Lansing. The area experienced daily high temperatures of 90 degrees or greater for nine straight days, culminating with triple-digit readings on July 29 (102) and July 30 (101).

A similar heat wave of 90+ degree days struck during the Great Depression in 1936. Lansing recorded eight consecutive days in the 90s or higher from July 7-14, 1936. The afternoon temp hit 101 on the final day of that heat wave.

We don’t have to go back very far at all to find the hottest day ever in Lansing history. It’s actually the last time the mercury rose into the triple digits in Mid-Michigan. On July 6, 2012, Lansing hit his all-time record high of 103.

The following list shows the all-time highest temperatures recorded in Michigan in each month, and where they were observed.

KEEP READING: Get answers to 51 of the most frequently asked weather questions…

New Boblo Boat documentary out next month in Detroit