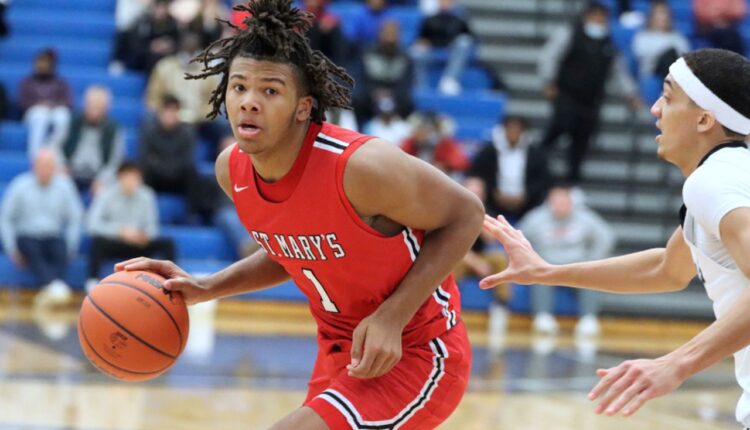 One of the state of Michigan’s most competitive high school boys basketball tournaments will be moving and expanding in 2023.

Event founder and director Brandoen Guyton told MLive.com this week that his ninth annual event, The 2K23 Showcase, will be played over two weekends next season. In addition, Aquinas College in Grand Rapids will host the competition.

The event opens with three games on Jan 28, followed by six more on Feb 4. It will feature some of the state’s top teams across Western Michigan battling teams from the eastside.

Matchups, game times and ticket information will be announced this fall. However, the fields for both days have been filled. The Jan. 28 field will consist of Rockford, South Christian and Unity Christian taking on Detroit Edison and Hamtramck and Grand Blanc.

“We have some of the best teams and the top talent in the state coming,” Guyton said. “All of the teams in the field are projected to be in their region’s preseason top 10-to-15.”

Catholic Central and Grand Blanc were both state runners-up a year ago in Division 2 and Division 1, respectively, after winning state crowns in 2021. Northview advanced to the Division 1 state semifinals.

“We will have Mr. Basketball candidates,” Guyton said. “That includes KK (Kaden) Brown (of Catholic Central) who has committed to Wright State.”

The showcase has attracted Michigan’s top teams and standouts over the past decade. Grand Rapids Union, City High School and Cornerstone University have hosted it in past seasons.

“We’re excited about having it at Aquinas,” Guyton said. “Aquinas has a very nice facility.”