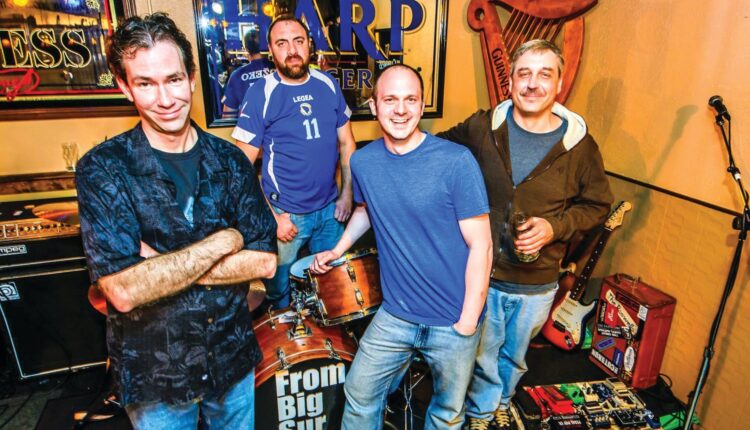 This is a follow-up to the band’s impressive 2020 disc, “Infinite Morning.” The band also returns to the stage Thursday (Aug. 25) with an East Lansing Summer Concert Series performance.

Band member Kevin Ream (vocals, guitar) talked with City Pulse about the new live album and the band’s future plans. Here’s what he had to say.

How did this record come together?

Kevin Ream: “Greenhouse” was recorded live and acoustic over three shows at Horrocks Beer Garden at the beginning of 2022. A live album is something we’ve never done, and we’re always looking for something that we haven’t done yet.

It started as an experiment but ended up as an album because we liked the sound we were getting. So, “Greenhouse” was our easiest album to name because it was recorded live in a big greenhouse.

Do you have a favorite track on the album?

My favorite track on the album might be “She Knows My Mind.” This song acoustically evolved into a “Tommy”-ish jam. Many of the songs took on a new identity acoustically.

From Big Sur has steadily released albums over the years — what number is this one?

This is our ninth full-length release. We’ve released five studio albums as well as three albums of B-sides and outtakes. To me, this is a different animal but a great representation of what we do live. It might also be an excellent introduction to many of our songs.

Songwriting-wise, what’s been inspiring From Big Sur these days?

Lately, I think we’re inspired by the current events of the day and our growing family lives. We’ve talked about the next album a little, which we’ll write together. There are certain aspects of all of our albums that we really enjoyed working on.

We keep coming back to how much we love writing together in the same room, which we didn’t do on the last album. We’re about to start from square one, but we already have a couple of new tunes in the bank.

Beyond that, we will be out there playing live. It’s nice to see venues and shows starting to do well. We’ll also be working on more mixes. We recorded 70 different songs over the shows that this album comes from. More than likely, this is volume one.