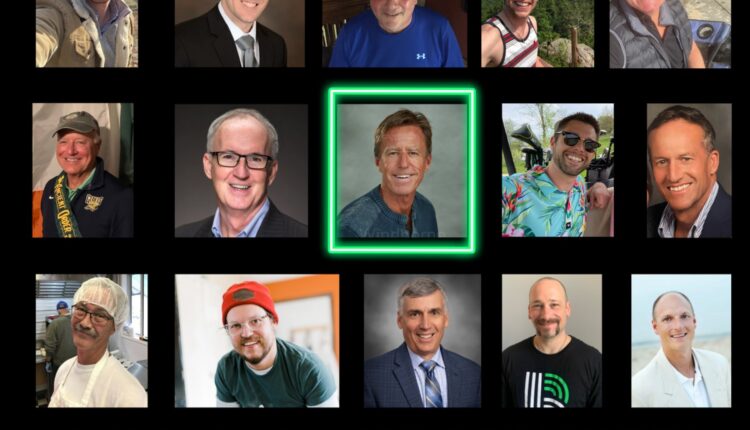 6,000 Local Kids Could Use Your Assist: Inside The Big Volunteer Push At Big Brothers Big Sisters

Six-thousand: That’s how many local kids Cecilia Chesney, executive director of Big Brothers Big Sisters of Northwestern Michigan (Bigs), estimates could benefit from the mentorship services her organization provides. Currently, Bigs is serving only around 325 – with a sizable waitlist that Chesney says doesn’t accurately reflect the level of need and interest for youth mentorship services in the region. The main reason for the massive gap? Bigs simply does not have enough volunteers to pair with all the kids in need.

Typically, Bigs works by matching kids with adults for one-on-one mentorship relationships. The adult volunteers – the “big brothers” or “big sisters,” often referred to just as “bigs” – get together with their “littles” on a regular basis for fun hangouts, from meals to mini golf. The idea is to build stable, trusting relationships between bigs and littles that are rewarding for both parties.

Most littles, Chesney says, come from families that fall either below the federal poverty line or within the ALICE range. ALICE is a United Way metric that stands for “Asset Limited, Income Constrained, Employed,” referring to households that are above the poverty threshold but still struggling. Many littles also come from single-parent households and, according to Chesney, “don’t have a lot of consistency in their lives.” A big-little relationship can provide that consistency in a way that allows children to escape the dramas and traumas of their home life, be themselves, and build trust with their bigs. In turn, Chesney says mentorship relationships deliver demonstrable benefits, particularly for education. Bigs data shows that 77 percent of littles started performing better in school after being matched with a big brother or big sister, while 52 percent of former littles reported that their big kept them dropping out of school.

The aforementioned 6,000-child figure, Chesney says, is based on poverty and ALICE metrics for the five-county region Bigs serves, which includes Grand Traverse, Leelanau, Antrim, Charlevoix, and Emmet counties. Right now, the organization has 202 mentors – 128 women and 74 men – working with its approximately 325 littles. There are also 11 girls and 40 boys on the Bigs waitlist, numbers Chesney notes are misleadingly low.

“Our philosophy is that we aren’t ever going to let that waitlist get too big,” Chesney tells The Ticker. “We want to make sure, with those kids on our waitlist, that we can realistically match them [with a big brother or big sister] within a year’s time. So, the number on our waitlist is not the number of kids in our community that need help. You could walk into any one of our elementary schools in Traverse City today, and the principals or social workers or teachers could identify 40, 60, 100 kids right off the top of their heads that could use a mentor.”

Bigs is also changing how it recruits volunteers. Traditionally, the organization has used presentations in front of groups like the Rotary Club to try to attract new mentors. Now, Chesney says Bigs is trying a more “grassroots” approach, where she and other team members sit down with individuals or smaller groups for one-on-one conversations about Bigs. The organization also recently launched a new volunteer option – the “Big Duo” – which allows spouses, co-workers, roommates, friends, or other “duos” to share the responsibilities of being a mentor.

Chesney hopes these efforts will help Bigs solve what has always been its biggest challenge: getting new mentors – particularly men – to sign up. That challenge has worsened since the start of the pandemic, part of a national trend in declining volunteer activity. More than getting past the COVID factor, though, Chesney thinks Bigs needs to break through a specific mindset that keeps prospective volunteers from getting involved.

“When I moved to town, I met someone who volunteered with Bigs and I remember thinking how cool it was that she was a big sister,” Chesney says. “But this is a great example of what maybe stops people: I initially thought ‘Hey, I should do that!’ But I was newly married and had no kids, and right away, I shifted from ‘I should do that!’ to ‘I can’t do that! I don’t know anything! What do I have to offer?’ Looking back, I had so much to offer; I just didn’t know it. I had no idea that most of these kids are just looking for someone to hang out with.”

In addition to her CEO job, Chesney is also a big sister – a role she says is every bit as fulfilling as being the boss. “I just spent the evening with my little sister and it was so fun,” she laughs. “We went go-carting, and bumper-boating, and we played mini golf, and then I took her to Don’s Drive-In, and it was like I was a kid again.”

Chesney does acknowledge that, occasionally, challenging situations arise. But those moments, she says, can be just as rewarding for how they give bigs an opportunity to be a lifeline for their littles. In particular, Chesney recalls a story from years ago when a little – living in an unstable home situation and “flunking out of fourth grade” – leaned on his big brother for support and safety.

“Fast forward to now and he is graduating from the University of Michigan in engineering, with a full scholarship,” Chesney says of that former little. “We had no idea he was that smart, because he could never put his smarts to use. He was so focused on the drama and the trauma going on in his family, and he couldn’t turn that off. But with the help of an adult that understands what you’re going through, and who can give you give you opportunities to experience things that are more focused and more normal, that really helped. Having been at Bigs now for 12 years, I’ve now been able to see that kind of story play out several times, and it is so rewarding. I just wish we could multiply it 100 million more times.”