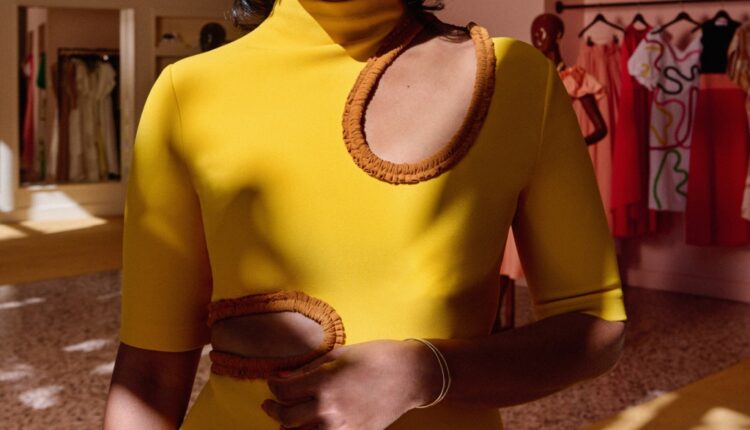 Oakland, California-based McMullen is popping up in Detroit.

Influential retailer Sherri McMullen, who has made it part of her ethos to support designers of color, and has an eye for spotting new talent from New York to Nigeria, opened her luxury specialty store 15 years ago. She now occupies a 2,775 square-foot space where she sells to customers such as Phenomenal Media founder Meena Harris; “And Just Like That” actress Karen Pittman; Huey P. Newton’s widow, activist Fredrika Newton, and author/political strategist Alicia Garza, even styling some of them, including Golden State Warriors’ star Steph Curry and actress Ayesha Curry.

As part of her 15th anniversary, she has taken her store on the road. She started in June in LA’s Leimert Park neighborhood.

Now, she’s coming to Detroit, opening Sept. 16 for six months, where in addition to her assortment of Christopher John Rogers, Proenza Schouler, Peter Do, Khaite, Aisling Camps, Lisa Folawiyo and more, she’s adding Detroit designer Tracey Reese’s Hope for Flowers label. It will be her first brick-and-mortar store outside of California.

“McMullen is excited to open a pop-up in Detroit, a city much like Oakland, with a rich history and culture, and generally underrepresented in the fashion industry,” said the retailer, who is featured on the cover of the September issue of San Francisco magazine. “We look forward to tapping into the city’s arts, entertainment and food scene, and engaging in meaningful conversations with the Detroit community both through our unique assortment of up-and-coming designers and also through facilitating connections and knowledge sharing.”

She’s partnering on the venture with Bedrock, the real estate developer managing more than 100 properties in Detroit and Cleveland, and the parent company of Shinola. She will be opening her shop at 1419 Woodward Avenue along the Woodward retail corridor.

McMullen will be across from the Shinola Hotel and joins Gucci, Bonobos, Warby Parker, Lululemon, Nike and H&M, in addition to Detroit’s own Good Neighbor, The Lip Bar, Greyson Clothiers and House of Pure Vin in the revitalized downtown shopping area.

“Sherri McMullen is a fashion pioneer, and we can’t wait to welcome this forward-thinking, women-owned concept to downtown Detroit,” said Ivy Greaner, chief operating officer, Bedrock. “This is such a pivotal time for retail in Detroit and McMullen not only brings a fresh designer offering, but they are also paving the way for up-and-coming brands to break through in the market.”

Bottega Veneta brought the international spotlight to Detroit with its runway show in October, but the city was already in the midst of a fashion renaissance of its own making, with designers Shawna McGee, Sharryl Cross and Isaiah Hemingway moving home from New York to Detroit during the pandemic, and setting up their labels there.

Known as the Paris of the West, Detroit was once an influential fashion and retail hub. Located downtown, Hudson’s was the country’s largest department store behind Macy’s Herald Square, with 32 floors of fashion in its heyday. The legacy of Motown and Americana workwear labels like Carhartt have also shaped Detroit style.