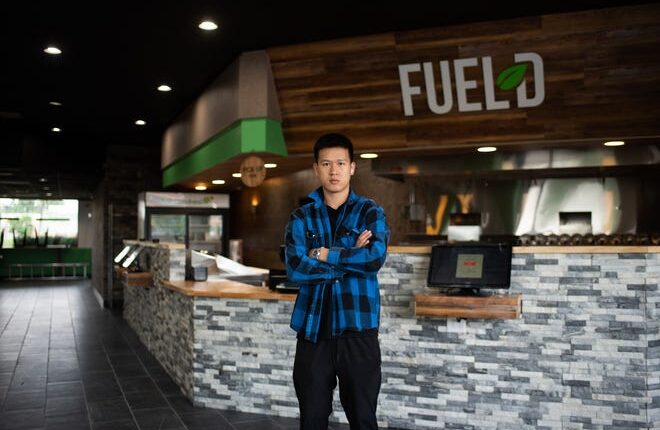 EAST LANSING — In the last two years, David Yang’s family has brought seafood food boils and all-you-can-eat sushi to Delta Township, opening The Tangy Crab in fall 2020 and Ohana Sushi in winter 2021 less than a mile from each other .

Next month, they’ll bring made-to-order stir fry and salad bowls to East Lansing at Fuel’D, a 2,300-square-foot restaurant at 1500 W. Lake Lansing Road that was previously home to Espresso Royale Café, which closed in 2020.

The new eatery is expected to open by early October. He signed a lease on the space in March and has been working on opening Fuel’D since. The restaurant will offer seating for about 40 people and employ between 10 and 15 staff.

At Fuel’D, customers can create their own stir fry and salad bowls. Want wheat or egg noodles instead of brown rice or kale as your stir-fry base? Staff at Fuel’D will build it your way and add whatever proteins, extras or sauces you select. They’ll take the same approach with salads.

“I want it to be a place where people can grab a quick lunch, and sit down on their lunch breaks, or they can come and do homework at one of the high tops on their laptops,” Yang said.

Made to order stir fry and salads

Yang likes what Fuel’D will offer to the restaurant chain Chipotle’s model, where customers can decide how their burritos and tacos are made.

Fuel’D was built around offering “an Asian twist,” on the concept, he said. It was inspired by eateries Yang has visited in Chicago and New York City.

“That just really gave me a sense that everybody wants to be healthy,” Yang said. “That’s a new trend in the restaurant business and that’s something I myself personally want to see.”

Customers will be able to order online, at a kiosk inside or at the counter, he said.

“For both (options), you’re going to pick a base, so for the salads you’re going to have a base of arugula, kale, spring mix romaine, farro, quinoa, things like that,” Yang said. “Second step, you can have proteins if you want.”

Fuel’D will roast beef or chicken, tofu, egg and shrimp among its options, he said.

“You can add up to 10 different options inside your salad or stir fry,” Yang said, including broccoli, cauliflower, carrots, nuts, edamame and chickpeas.

Choosing sauces for a stir-fry and dressings for a salad, including garnishes, such as cilantro or sesame seeds, is the final step.

Coyotes are ‘everywhere’ in Michigan. Here’s what you need to know about them

East Lansing seemed like the right location for the eatery, Yang said. The location’s proximity to Michigan State University’s campus is ideal.

“There are actually quite a few students who live around the area, too,” Yang said. “I find it to be in a center of Lansing, East Lansing … so I think I want to pull business from both sides.”

Fuel’D offers an option the area needs, he said.

“There aren’t really many healthy stir-fry places,” Yang said. “A lot of Asian restaurants are heavy on oil, heavy on fats, so I wanted to put a different twist on it.”