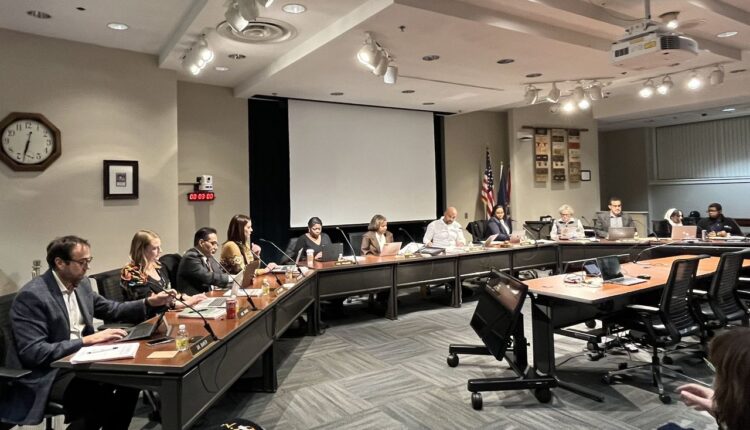 GRAND RAPIDS, MI – Grand Rapids Public Schools is seeking applicants to fill an upcoming vacancy on the nine-member school board.

The Grand Rapids Board of Education will be selecting a new member on Dec. 19, the district announced Dec. 4. The board is looking to fill the soon-to-be-open seat of trustee Kristian Grant, who has served on the board for six years.

Grant on Dec 5 attended her final school board meeting. She is leaving the board to serve on the state House of Representatives after she was elected to represent the state’s 82nd District in the Nov. 8 general election.

Anyone who is a US citizen and who is registered to vote in the Grand Rapids school district can apply for the open seat on the school board. The board will accept applications until noon on Saturday, Dec. 10

The board is asking all applicants to submit a resume and a letter of intent explaining why they are seeking the office, why they believe they are qualified, and what experience they may have with GRPS and/or public education, according to a district announcement.

Here’s how you can apply to the seat:

The district said anyone with questions about this process can contact Julie Anderson, executive assistant to the superintendent, by emailing [email protected] or by calling 616-819-2193.

The board is planning to finalize its selection criteria and select candidates to interview on Dec. 12, according to the district announcement. The board will interview finalists at a special work session planned for 5:30 pm Dec. 19. At the end of the meeting, the board will vote on the final candidate.

The new member will be sworn in at a regularly scheduled board meeting in January 2023.

Grant, a GRPS graduate, has led mentorship programs in the Grand Rapids school district since she was a high school sophomore, she said in a Facebook post announcing her departure. ‘

Grant said she had decided not to leave her seat before the November election because she wanted to help close out the first phase of the district’s ongoing facilities master plan. At her final board meeting on Monday, Grant voted on a framework that will help guide that process in the coming years.

“My journey with GRPS means the most to me,” Grant said in her post. “I will continue to be a strong champion for the district and public education in general.

“Thank you to all those who have been a part of my growth along the way, my dear colleagues, administration, the teachers, the unions, the families and students. I have been stretched and pushed to grow just as much as I have been trusted with the city’s greatest assets. I can’t say thank you enough.”

The Price is Right Live coming to Grand Rapids