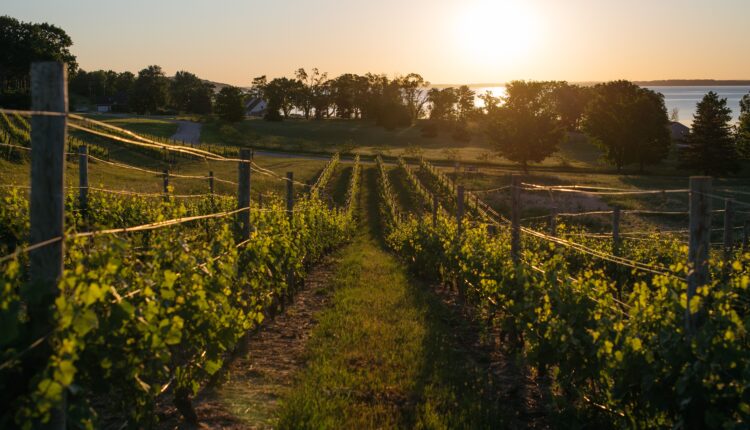 Another key ruling came down Friday in US District Court in a lawsuit between the Wineries of Old Mission Peninsula and Peninsula Township and citizen group Protect the Peninsula. Judge Paul Maloney – reaffirming part of a previous decision – found that the township’s zoning ordinance violates the Commerce Clause of the US Constitution and is unconstitutionally vague. That opens the door for a trial to move forward to determine if the wineries should receive any damages – and if so, how much they should receive. However, that’s only a small part of the sprawling lawsuit that will likely play out over 2023, with numerous other issues in the case still to be resolved.

First, some background: Maloney previously handed down a ruling in June that largely favored the Wineries of Old Mission Peninsula (WOMP). WOMP filed a federal lawsuit in 2020 alleging the township’s zoning laws unfairly restricting winery operations and violating the First Amendment, Commerce Clause, and Michigan alcohol laws. Maloney agreed that key parts of the winery ordinance were unenforceable, including sections Peninsula Township had previously used to limit hours of winery operation, types of events wineries can host on premises, merchandise wineries can sell, whether they can offer food service, quantities of Old Mission-grown ingredients they must use in production of their wines, and more.

The judge also struck down all parts of the ordinance that concerned “guest activity” at wineries, citing the vagueness of the term. Maloney’s ruling – and an injunction he issued – meant several township rules were immediately deemed unenforceable. But in July and August, another set of court rulings dramatically shifted the direction of the case. The Sixth Circuit Court ruled that Protect the Peninsula – a citizen group that sought to intervene in the lawsuit but was denied by Maloney – could in fact be part of the case. Protect the Peninsula being allowed to also defend against WOMP claims “changes the landscape” of the case, Sixth Circuit Court ruled. The court vacated Maloney’s injunction, putting township rules back into place, and ordered the case back to Maloney to reconsider how to proceed now that Protect the Peninsula was included.

After multiple filings and hearings of this case, Maloney ruled Friday that at least some of his prior decision would still be upheld. That includes his opinion that “guest activity” is unconstitutionally vague and should be removed as a term from the zoning ordinance. He also reaffirmed that the township ordinance violates the Commerce Clause. That sided with a WOMP argument that rules requiring wineries to buy the majority of their grapes exclusively from Old Mission Peninsula farms violate the clause because they illegally block wineries from obtaining grapes from nearby counties like Leelanau, Antrim, or Benzie, or sourcing California grapes that can be hard to grow in Michigan – an “incredibly common” practice in the wine industry, according to the lawsuit.

Maloney’s decision means those two issues can proceed to trial. WOMP victory claimed in the decision in a press release this weekend. “This result validates our case and feeling that our businesses were unfairly restricted by Peninsula Township,” said Chris Baldyga, president of the Old Mission Peninsula Wine Trail. “As active community members, our goal is a legitimate set of regulations that allow businesses to thrive. We’re proud to be residents, taxpayers, and farmers of the Old Mission Peninsula. Continuing a tradition of diverse agriculture, our wineries help preserve this unique landscape and our businesses are the foundation of the agritourism that supports farm stands, restaurants, and historic sites across the Old Mission Peninsula and Traverse City region.”

WOMP’s press release states that a trial will “determine the amount of damages Peninsula Township must pay to Old Mission Peninsula Wine Trail members for violating their constitutional rights.” However, TJ Andrews – Attorney for Protect the Peninsula – points out that a trial will first determine whether any damages should be awarded at all on those issues. That’s not a given, she says – particularly since Protect the Peninsula plans to argue the wineries waited too long to file suit on many of these claims – nor is the amount that could potentially be awarded.

“There’s a whole separate standard for damages,” she says. “You may be harmed, but it may not have cost you anything. The wineries have claimed a lot of damages, but they’ve been holding their cards really close as to what parts of the law harmed who in what way.” Maloney ruled Friday that because Protect the Peninsula will “not be responsible for the payment of damages in the event that the wineries prevail,” the group can’t access the wineries’ financial documents. Protect the Peninsula will have no role in determining damages, Andrews notes. A forensic accountant for WOMP previously estimated damages at $203 million over five years.

Even with Maloney reaffirming his decision on the Commerce Clause and “guest activity” issues, there are still numerous outstanding issues he has yet to rule on in the case. He also has to determine which specific issues he’ll hear from Protect the Peninsula on. That includes several free speech issues, such as whether wineries selling logo merchandise is a form of “commercial speech” that’s being unconstitutionally regulated by the township. Maloney gave Protect the Peninsula 28 days to file a brief explaining why the group should be allowed to weigh in on the speech issues. Maloney was skeptical the group should do so, saying overall that Protect the Peninsula will only be allowed to argue on issues that could affect residents’ “land values, quiet enjoyment of their properties, and the viability of their farms.” The judge said those issues will definitely include topics like winery hours of operation and the ability to host weddings and other events, as well as legal issues like injunctive relief and laches (whether a party has waited too long to assert a legal right).

The next steps will include Maloney ruling which issues Protect the Peninsula can participate in, then setting a schedule to hear arguments on all of the outstanding issues. Between discovery, filings, and hearings, it could take until next summer to work through those issues and determine which – if any – will also proceed to trial. Those issues will likely be combined with the two Maloney has already ruled on to all be heard in one trial. Andrews estimates that could put things on track for a summer or early fall 2023 trial. But – pointing out that the court action this summer already pushed the trial back a year – she notes that the case is so complex and has so many moving parts that it’s impossible to predict exactly when it will be resolved. Rulings next year could also be appealed by various parties, potentially setting up a lengthy legal battle still to come.

“To be honest, I don’t know when these things will be resolved,” says Andrews. “These are big issues, there are a lot of wineries, and it took a long time already to get here.”

After 40 years at Weston’s Kewpee, Tammie Bunker is at the heart of Lansing eatery