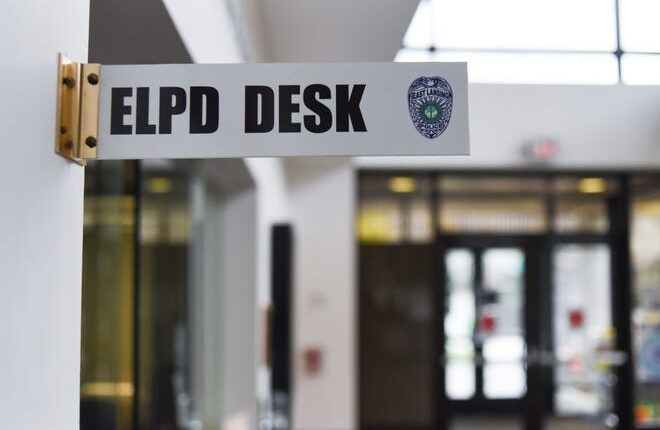 EAST LANSING – A study of East Lansing’s policing practices found low morale among employees, seven or more use of force incidents annually for more than one in five officers and several “poorly written” policies that include language that “serves as an accountability escape clause” or relies on, at times, what may be “unnecessary or inappropriate” discretion of the chief of police.

Arlington County, Virginia-nonprofit CNA’s Center for Justice Research and Innovation has been working on a “fair and impartial policing” study of the East Lansing Police Department. The city paid about $110,000 for the study that had been underway since early this year. Researchers held a listening session in September to gather public opinion on the East Lansing Police Department’s performance.

The study was initiated by the police department and the cost will come out of the department’s budget, Capt. Chad Pride has said.

Requests for comment from the city manager’s office and police department were not immediately returned Monday night.

CNA’s staff made 72 findings and 92 recommendations. dr Rachel Johnston with CNA is scheduled to provide a presentation on the results to the East Lansing City Council Tuesday.

The study’s seven-member assessment team used a variety of sources for research, including policies, training records, administrative data, employee surveys and interviews with police department personnel to assess the department.

Here is a summary of five key takeaways from the study:

1. Use of force policies need work

From Jan. 1, 2016, to Nov. 16, 2021, 67 police officers wrote 818 unique use-of-force reports related to incidents involving 876 community members. Examples of uses of force range from handcuffing a suspect to an officer displaying a weapon.

“While certain job duties, assignments, or involvement in particular responses can provide reasonable explanations for officers being more frequently involved in use-of-force incidents, these outliers should be reviewed and evaluated regularly,” the report states.

The department’s policy on complaint intake and management “requires significant revision” and its policy on response to resistance “problematically allows for the use of head stabilization,” the study found.

• One-quarter of use-of-force events involved disorderly conduct or a mental health investigation, while arrests involving offenses against family and children, burglary/home invasion, and obstruction-type events each resulted in a use of force more than 50% of the time.

• The department predominately uses low levels of force in its use-of-force events; 62% of the types of uses of force involved either handcuffing, a control hold or takedown, or other physical contact. However, the other largest type of use of force, which accounted for 24%, was displaying a weapon.

The study found that department employee morale is low, there may not be adequate department staffing for current requirements and future community initiatives, and about half of department staff feel the department’s procedure for investigating complaints is not a fair process.

Staff noted they often do not feel supported by community groups and local stakeholders. The community perceives a disconnect between the department, city council and the East Lansing Independent Police Oversight Commission, the report states.

“Trust between community and police could be further strengthened,” it states.

White drivers accounted for most traffic stops from August 2021 to July 2022 and Black drivers were the second-most stopped individuals.

4. The police department worked with the researchers

CNA acknowledges the support and assistance it received from the East Lansing Police Department to complete the assessment.

“The input, experiences, data, and resources we received were invaluable to learning about the public safety practices and needs of East Lansing, compiling our findings, and making our recommendations,” according to the report.

The report states the city and police department “are to be commanded for their proactive participation” and a demonstrated a desire for continual improvement and recognition of the policing field is experiencing significant and necessary changes.

The assessment represents an important step for East Lansing and its police department toward improving fair and impartial policing practices, according to the study. However, a crucial next step will be working to implement and sustain the recommendations made in the report, the study states.

The assessment team found that an independent, objective, and ongoing assessment of the department’s progress toward recommendations will be crucial to the implementation and sustainability of the proposed changes.

The report recommends that an audit firm should provide insight over a 12- to 18-month period. During this timeframe, the audit firm can track and document East Lansing Police Department’s progress toward implementing each recommendation.