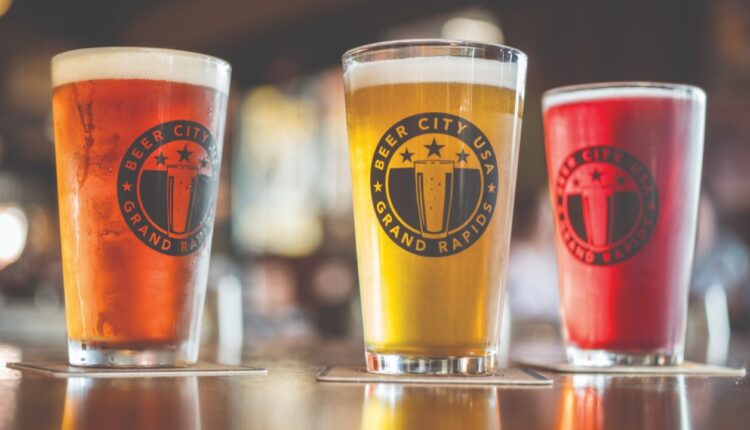 It was an unofficial poll created by author and home brewer Charlie Papazian that was published in national magazine outlets. Once published, it only added to the exploding popularity of craft beer not only throughout Grand Rapids but also the whole country.

Ten years later, many Grand Rapids breweries still say it drives many patrons to stop in.

“That title, at first, to be honest with you, I didn’t give it much thought,” Brewery Vivant owner Jason Spaulding said.

It just seemed like something that goes around the internet, he said. But like many things on the internet, we never know what will blow up and go viral and what won’t.

“(The title) has brought in more business to our city than people realize. We get visitors from all over the country that come in because they’ve heard about Beer City, USA,” Spaulding said. “People come to this city specifically to visit breweries.”

And breweries are still opening and growing.

“I think in the last five or six years especially, we’ve seen a lot of the breweries make huge improvements,” Mitten Brewing owner Chris Andrus said, discussing what’s next for the world of craft beer in Grand Rapids and West Michigan.

Andrus said the past two years have been tough on the industry and many breweries are still fighting to get back to where they were before the pandemic started.

“We try to make the best out of our summers and warm weather months,” Andrus said. “We’re all just trying to get our crews back to work as much as possible and make up for lost time.”

Andrus said local breweries aren’t quite out of the woods yet, citing the struggles of staffing issues, supply chain issues and price increases.

“The pandemic is in some ways over and in some ways not all. Your Beer City USA establishments still need all the support and patience you can muster,” Andrus said.

“I think it’s a great place to be,” Spaulding said. “It’s a great home for Beer City, USA and the title, it may be a little silly but it’s something we can keep going because it’s based in people’s belief of what we do here.”