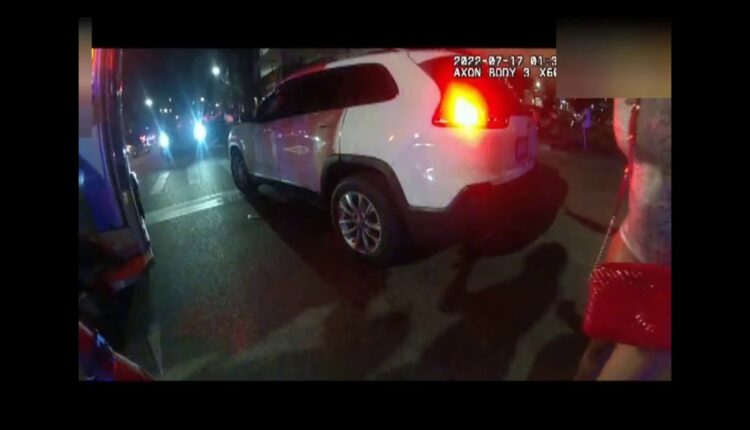 Officers Andrew Smith and Laura Saxton took action and put the shooting victim in their cruiser rather than waiting for an ambulance.

The shooting happened on July 17 in the area of ​​Cesar E. Chavez and Oakes Street SW in downtown Grand Rapids.

He said Officers Andrew Smith and Laura Saxton took action and put the shooting victim in their cruiser rather than waiting for an ambulance.

The victim, who family has identified to 13 ON YOUR SIDE as Kawaunn Mayhue, was critically injured after being shot in the head.

His mother, Kwasha Mayhue, told us back in July that her son remained hospitalized in the intensive care unit fighting for his life. Kwasha says her son Kawaunn is a father of two kids, ages 7 and 4.

“I have made the decision to release footage from body-worn cameras to show the bravery and selflessness Officer Smith and Officer Saxton showed that night. They did not hesitate,” Winstrom said.

“They did not seek out knew or wait for permission. They what needed to be done and they acted to preserve life. And after they had transferred the victim to the care of emergency room personnel, they immediately returned to the scene to work alongside their fellow officers. I am honored to serve with them.”