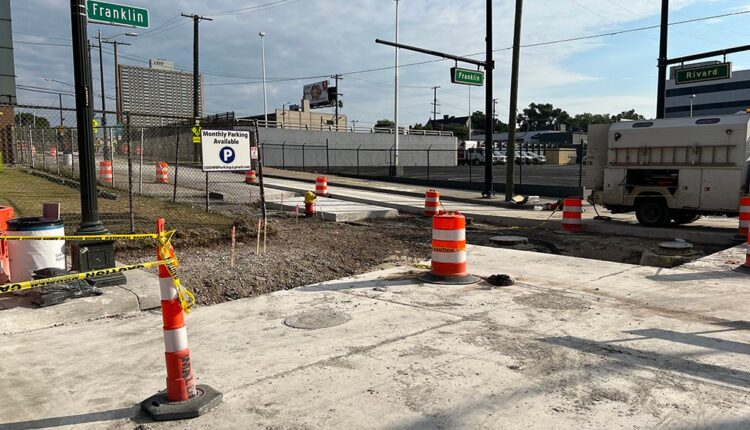 The City of Detroit has started the process of repaving some of the roadways that will be used when IndyCar returns in 2023 for the Detroit Grand Prix.

Newgarden on contact with Grosjean: ‘Welcome to IndyCar; it gets tight’

A recent visit by DGP and IndyCar leaders to Detroit returned images of progress being made in several areas, including paving at the apex of Turn 9 at Rivard and Franklin (above) and between Turns 9 and 10 at Rivard and Woodbridge (below).

“To do our event, several stakeholders have come together to fix some of the roads,” DGP boss Bud Denker told RACER. “There’s the state of Michigan that has Jefferson Ave. General Motors actually also owns part of the roadway at Atwater Street along with the city of Detroit owns the remainder.

“The city of Detroit has already begun the process of construction and the major construction is targeted to be done by the end of September or early into October. That way, we can go into spring with those burdens all behind us.”

Denker applauded the collective efforts of all the partners involved in bringing the grand prix to a modified version of where it ran from 1982-1991.

“The cooperation we’ve gotten from the mayor’s office is phenomenal,” he added. “Couldn’t be happier with the progress. I was down there last week and it was so impressive. I showed Roger [Penske] a video I took of the progress, and he responded with three letters: Wow.”