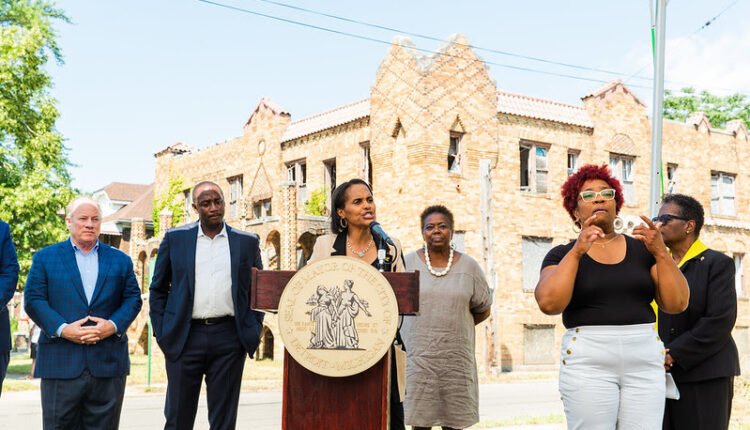 Schuyler Riley (USA) and Robin De Ponthual ran away with the victory in Sunday’s $73,800 Traverse City CSI2* Grand Prix to wrap up the third week of the Great Lakes Equestrian Festival, presented by CaptiveOne Advisors. Riley and Katherine Gallagher’s 17-year-old Selle Français gelding (Elf D’Or x Calypso D’Herbiers) set the pace to beat early and could not be caught.

An international field of 34 came forward in Sunday’s class to test Manuel Esparza’s (MEX) first-round course. The field was whittled down to nine clear round efforts, with seven US riders and one from Canada. Riley, second to jump off, omitted strides nearly everywhere she could on the short track, racing to a time of 34.91 seconds and leaving the remaining seven pairs to try and catch her.

“Robin has a massive stride and the jump-off suited his stride,” Riley said of her top mount. “We walked specific numbers. I was on my plan until the vertical [at the second to last] and did one extra. Then I saw one less to the last. So the math all worked out in my favor!

“He always had the talent,” she continued about Robin De Ponthual, a horse she’s had the ride on for several years. “He is a very sensitive animal and it took about a year and a half for us to really bond. Since we’ve bonded he will turn himself inside out for me. I trust him completely and he is amazing.”