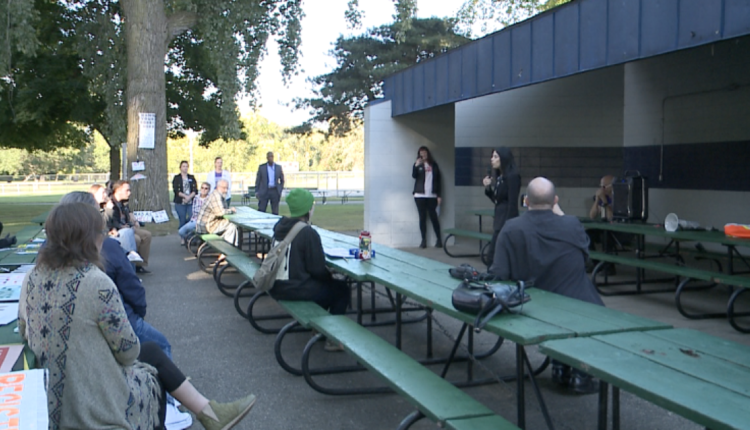 The event happened at Riverside Park. Throwbactivists, a local pro-choice organization, organized it.

Attendees listened to women share their abortion stories and how they would have been impacted if they did not have a right to choose.

In November, Michigan voters will decide whether to establish a new individual right to reproductive freedom.

The ballot question, known as Proposal 3, would, among other things, enshrine a person’s right to an abortion.

“Everybody deserves to have bodily autonomy whether they’re choosing it or whether they’re not,” said Marta Johnson, who shared she had two abortions due to health issues. “We all deserve that right to decide what happens to our body and we shouldn’t be forced to give birth because it falls into a specific category.”

Nessel described the state’s current law, which a Michigan Court of Claims judge ruled unconstitutional earlier this month, as “extreme.”

She said voters need to reject candidates who think otherwise.

“I’m more scared than I am fired up because I kind of can’t believe that we’re living in a country now where rights that we’ve had for half a century have now been taken away from us,” said Nessel .

A small group of counter-protesters showed up towards the end of the event.

The six people held signs and stood in silence in the back, showing their disapproval for abortion.