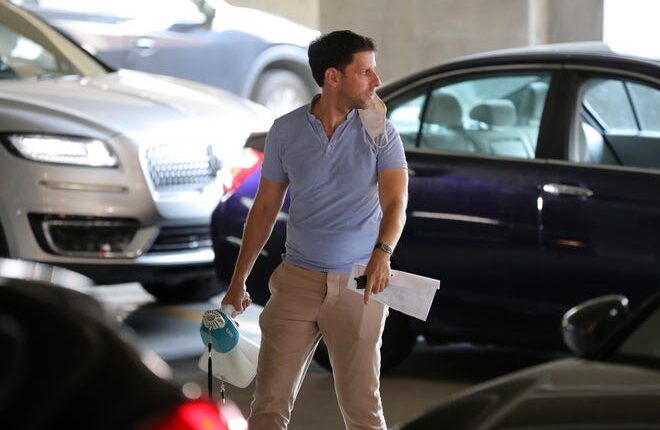 Two months after TIME Magazine named Detroit one of the world’s greatest places, it has included Detroit Opera Artistic Director Yuval Sharon on its TIME100 Next list, a roster of 100 emerging leaders who are shaping the future of business, entertainment, sports, politics, health , science, activism and more.

Among the most in-demand names in opera today, Sharon brought his revolutionary reputation to Detroit in 2020 and has won critical and audience acclaim for his radical reinventions that blast stodgy notions of opera wide open and deliver the art form to new eyes.

Last summer, the New York Times posed the question, “Is the future of American opera unfolding in Detroit?”

This week, TIME responded with a ringing affirmation.

“To see the most innovative opera company in America, visit Motor City,” reads the magazine’s assessment. “Yuval Sharon has long used unconventional settings in unexpected ways, but now, as the artistic director of the Detroit Opera, he is breaking new ground.”

Rochelle Riley, arts and culture director for the city of Detroit, agreed.

“What Yuval has done in expanding the global reach and national reputation of Detroit Opera is remarkable,” Riley said. “From opera in a parking garage to presenting ‘La bohème’ in reverse to the groundbreaking police shooting opera ‘Blue’ last season, he is making people across the country sit up and take notice. Detroit isn’t where it was, we’re ‘where it’s at’ — at the top of the game and rising in fine and performing arts.”

More:Michigan Opera Theater drives into the pandemic era with a fresh take on a classic

Sharon was humble and enthusiastic when asked about the acknowledgment.

“I really appreciate when people can kind of zoom out a little bit and (realize) that it’s not just about opera, it’s about overall cultural enrichment,” he said. “It’s not just the genre of opera, but really what this means for a community and what it means for a city. While they singled me out, it’s really great to be able to point back to the work that Detroit Opera is doing.

“I look at opera differently than the casual observer, and that’s what my work has been about. One of the things that drew me to Detroit was this opportunity to share that new vision of opera with a community where it seemed to be really working so far but is also enthusiastic about thinking about things a different way.”

He stops short, however, at declaring it “a reinvention” of the genre.

“I most certainly came to not do business as usual, and looking for ways in which opera can be part of a vibrant civic identity for Detroit. ‘Reinvention?’ I’ll leave that for the experts to assess,” Sharon said.