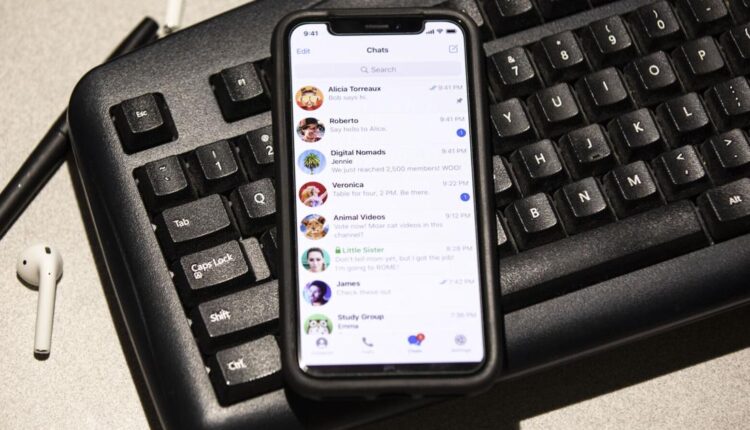 “There is no corner of this county or this state or this country where predators don’t lurk and sheriffs can’t go after them,” Genesee County Sheriff Chris Swanson said last month, during a joint press conference with Grand Traverse County Sheriff Tom bensley

Swanson is known in law enforcement circles as the 2018 founder of GHOST, a step-by-step method for sheriffs and other law enforcement leaders to organize stings that result in arrests and prosecution of people Swanson labels “human traffickers.”

Swanson said he’s organized or assisted with GHOST-type operations in 42 counties in Michigan over the past 18 months.

“Nobody is immune to this,” Swanson said, “not even a vacation town.”

Bensley said he worked with Swanson when organizing TC SAFE, a sting operation that took place at an East Bay Township hotel for two days in June, where eight men aged 22 to 66 were arrested and charged with felony sex and computer crimes.

None of the men were charged with trafficking, court records show. Most, if not all, were offered plea deals and some say the undercover stings have a secondary, less laudatory, goal: publicity for law enforcement.

“This is equally about public relations as it is about creating a safe environment for Traverse City,” said Shawn Worden, a Traverse City criminal defense attorney who represents Joshua Horrigan, one of the men facing felony charges related to TC SAFE.

Jesse Williams, a Beulah criminal defense attorney who represents clients in Traverse City and Sault Ste. Marie facing GHOST-related charges, put it more bluntly: “It’s a public stunt. What harm did it actually prevent? There never was a victim in any of these cases.”

Horrigan, 43, is lodged in Grand Traverse County’s jail on a bond violation hold from Indiana, and in July pleaded not guilty during an arraignment in the 13th Circuit Court.

Horrigan said he met a woman on Telegram, a social media site, and she suggested he look up her profile on another website, Skip the Games, which he did.

Skip the Games is an explicit hook-up site for consenting adults, where site administrators openly state they willingly work with law enforcement investigating complaints of underage use of the site.

“You do not need a subpoena or a court order because, honestly, — — those people who do things like that,” site administrators state, using explicit language on a public page of the site. “We want to help you catch the bad guys.”

Bensley declined to say which websites were used or where the sting took place, but defense attorneys said undercover officers working the TC SAFE operation posed as a 19-year-old woman on Skip the Games.

The undercover officer or officers communicated with suspects in a messaging app, sent invitations for meetings at a hotel on US-31 and then, just before the meeting took place, would inform responders they were actually a 15-year-old girl.

Not all responders continued to meet, Bensley said, but those who did were arrested.

While some defendants have complained the operation crosses the line into entrapment, Bensley said undercover officers were in constant communication with Kyle Attwood, an assistant prosecutor with the Grand Traverse County prosecutor’s office.

“He was right there, making sure what we did was on the up and up and that we weren’t entrapping somebody, we weren’t doing something that would result in a bad court case or a dismissal,” Bensley said. “If something wasn’t going right or it wasn’t enough, he said, ‘No, forget that one.'”

Bensley declined to estimate how many times Attwood told officers there wasn’t enough evidence to approve an arrest. However, he did say that, when declining some cases, Attwood would tell officers there needed to be “an overt act” prior to an arrest.

“Since this was a sting operation and there weren’t actual victims involved, there wasn’t any ongoing trafficking that we could really bring charges for,” Attwood said. “So the charges were basically directed at the offender’s behavior towards these undercover officers.”

Attwood said the alleged behavior of the defendants toward the undercover officers was stopped before it resulted in any trafficking.

“We consulted with the GHOST team and some of the other prosecutors around the state that have dealt with these [operations],” he said. “So the charges that were considered were ones that were most on point with the facts, and had been most effective in the past.”

Horrigan said the scenario other defendants described was similar to what he experienced, although he said he never went through with the meeting.

“It was a girl they had staged who had curly brown hair and was wearing boy shorts that said, ‘I love hot dads’,” Horrigan said during an interview with Record-Eagle reporters via video kiosk at the Grand Traverse County Jail.

Horrigan said he was arrested at a nearby Speedway gas station after he left the motel parking lot when the woman told him she was 15. He said he saw her sitting outside on a curb as he was driving away, stopped, told her she did not look underage, but did not get out of his vehicle.

Bensley said he was confident undercover officers had enough evidence and there was probably cause for Horrigan’s arrest.

When asked whether operations like TC Safe improve public safety, Bensley said, “If those we caught learned their lesson, yes. We caught them, so hopefully they’ve stopped.”

In total, records from the sheriff’s office, obtained through the Freedom of Information Act, indicate it cost $1,260.47 per arrest.

“It costs money to catch bad guys,” Bensley said of the expenditures.

TC SAFE was a sheriff’s office effort, separate from the undercover sex stings of 2016 and 2018 that were run by the Traverse Narcotics Team and focused on sex for money between consenting adults, court records show.

Unlike the TC Safe operation targeting adults who would allegedly have sex with minors, Attwood explained that the previous two sting operations conducted by the sheriff’s office in 2016 and 2018 dealt with prostitution charges with officers posing as victims who were older than 18.

In the 2016 and 2018 operations, 16 men and three women were arrested and prosecuted on prostitution-related charges, court records show.

In the 2018 operation, according to court records, the prosecutor offered every defendant a deal to plead guilty to one count of prostitution/engaging services, then a second count of using computers to commit a crime would be dismissed.

None of the defendants charged in the 86th District Court in 2016 or 2018 had previous records of prostitution or using a computer to commit a crime.

The total number of days four of the five defendants served totaled less than two weeks, with the exception of a former Michigan State Police emergency management coordinator, who served three months in jail for engaging in prostitution services, according to court documents.

None of the defendants from either the 2016 or 2018 sting operation are currently listed on the Michigan Sex Offender Registry, according to their online database.

In all three operations, suspects believed they were communicating with people interested in meeting up for sex, and not with an undercover police officer, a tactic that can, depending on the circumstances, be legal. “There is an abundance of case law that says police officers can lie as part of their investigation,” Worden said.

For entrapment to occur, a police officer must first suggest the crime and help someone commit the crime or prepare to commit the crime, which law enforcement says did not occur and which defense attorneys say is difficult to prove.

“I wish there were better resources to deal with the homelessness, the drug addiction, the alcohol addiction, the other things that are affecting our society versus these stings,” Worden said, while acknowledging an arrest for prostitution is a different level of crime than an arrest for being accused of accosting a minor.

All of the defendants from the TC SAFE sting were charged with 20-year maximum felonies and two additional charges, at least one of which comes with a consecutive, not concurrent, sentence if found guilty, court records show.

They were offered the same plea agreement by the prosecutor’s office — plead guilty to accosting a child for immoral purposes, a four-year felony, which also comes with a requirement that they register on the state’s sex offender registry for 25 years.

So far, one defendant from TC Safe operation is currently listed on the state’s sex offender registry.

At a September hearing in 13th Circuit Court, Adam Thomas Altobello, 31, like several of the other TC SAFE defendants, accepted this same plea agreement and on Oct. 14 is scheduled for a sentencing hearing in front of Judge Thomas Power.

“Is this this one where the police were pretending to be a 15-year-old? They had a woman police officer from Kalamazoo?” Power asked. “How old was she supposed to be?”

“Nineteen was what the ad said,” Altobello told the judge.

“Did she turn into a 15-year-old during your conversation?” Power asked.

Williams said there are behavior modification and diversion programs available, for which men younger than 26 are eligible and could benefit from, but prosecutors tend not to support their use, in part because of public sentiment.

“Statistically, these are very, very low-risk people,” Williams said. “When you just, across the board, condemn these people to a 25-year registry and a felony conviction after these sting operations, it can’t be healthy for the community.

“They’re put in a box for their whole life for a mistake they made as a young male.”