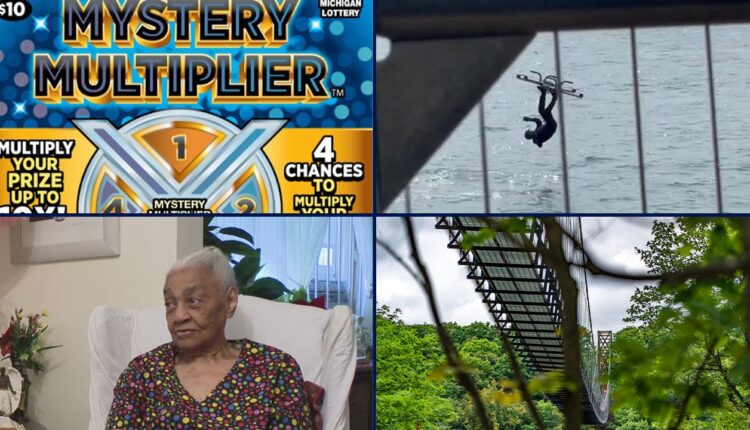 SOUTHFIELD, Mich. (FOX 2) – Millions of dollars in scratch-off tickets are still floating around out there, but you should know which games they are before you plop down your money; a hoverboard rider demonstrating during the Detroit Auto Show falls into the river after a slip-up, and how and why a 92-year-old woman is standing up to the powerful Moroun family in her desire to stay in her home of 60 years: here are the top stories from FOX 2’s Week in Review.

1. These Michigan Lottery scratch-offs still have million-dollar prizes available Looking to become an instant millionaire? Eliminate the odds of wasting your money by purchasing Michigan Lottery scratch-off games that still have million-dollar top prizes. The Michigan Lottery announces winners of major pots but how many instant games – aka scratch-offs – still have the big jackpot of more than $1 million? As it turns out, there are 26 that have at least one million dollar winning tickets out there. Lottery officials say the following games have prizes worth $1 million left, with additional prizes as high as $6 million.

2. Watch: Hoverboard rider falls into Detroit River during auto show demonstration A hoverboard flipped into the Detroit River during an auto show demonstration Sunday. The rider was over the river showing off the board when the board flipped over, sending the rider head-first into the water. Police boats nearby responded to help them out of the water.

A hoverboard rider was flipped into the Detroit River while showing off the board during the auto show. Video courtesy of Gabrielle White

3. WWJ anchor Jim Matthews killed, his girlfriend & daughter stabbed, 10-year-old tied up WWJ 950 journalist Jim Matthews was killed and his girlfriend and their two kids were hurt in what police are calling a murder and attempted suicide that happened midday Friday. Police say they were called to the home on Bayview Drive off Hooker Road around noon after the attack took place. Officers say Matthews’ girlfriend, a 35-year-old woman, escaped the horrifying scene with their 5-year-old daughter. The woman flagged down a passing driver who called 911. Investigators say the woman had been stabbed multiple times. The little girl was also hurt, and her 10-year-old boy was found tied up in a closet with head trauma. The woman and boy are in critical condition, and the girl was hospitalized in stable condition as of Saturday evening.

Investigators say his girlfriend was stabbed multiple times. A little girl was hurt, and her 10-year-old boy was found tied up with head trauma.

4. 92-year-old won’t let Moroun company buy her out of Detroit’s Cadillac Heights Ninety-two year-old Savannah Lewis is one of the last few holdouts in a land grab in Detroit’s Cadillac Heights neighborhood. Since 1962 she’s called this place home, raised a family here, and spent blood sweat and tears trying to preserve the dying east side neighborhood for decades. Now the Moroun family is trying to buy her home, along with others in the area. But Ms. Lewis isn’t giving in.
“At my age I’m darn near 100,” she said. “What the heck, I look like (I’m) buying another house?”

Since 1962 she’s called this place home, raised a family here, and spent blood sweat and tears trying to preserve the dying east side neighborhood for decades. Crown Enterprises- a Moroun family company – is buying out homeowners like Savannah.

5. SkyBridge Michigan: Pedestrian bridge nearly 120 feet above the ground opening soon The 1,203-foot-long SkyBridge Michigan opens Oct. 15 at Boyne Mountain. Walk above northern Michigan and take in the panoramic views of the longest timber-towered suspension bridge in the world. While exploring the bridge, there are points where you’ll be 118 feet above the ground.

6. Suspected Detroit drug dealers arrested after Eastpointe overdoses prompt investigation An investigation after some people overdosed from drugs in Eastpointe led to the arrest of 10 people, police said. Police said they discovered that the overdose victims and other drug users were getting narcotics from a home in the 15000 block of Manning Street in Detroit, so the home was raided. During the search, police said they found heroin, oxycodone pills, ecstasy, cocaine, and a gun. Three people were charged with possession with intent to deliver narcotics, while the other seven people arrested were turned over to other agencies.

A rare white black bear that was caught on a Michigan trail camera in early September may have been killed by wolves. According to a post shared by an Upper Peninsula trekking guide Facebook group, the bear was seen rummaging through bait in early September that had been placed by a hunter. Not long after the rare white black bear had been caught on the cameras, the Facebook group said they found the bear’s remains. They believe a wolf killed the animal shortly after the rare bear was caught on camera. 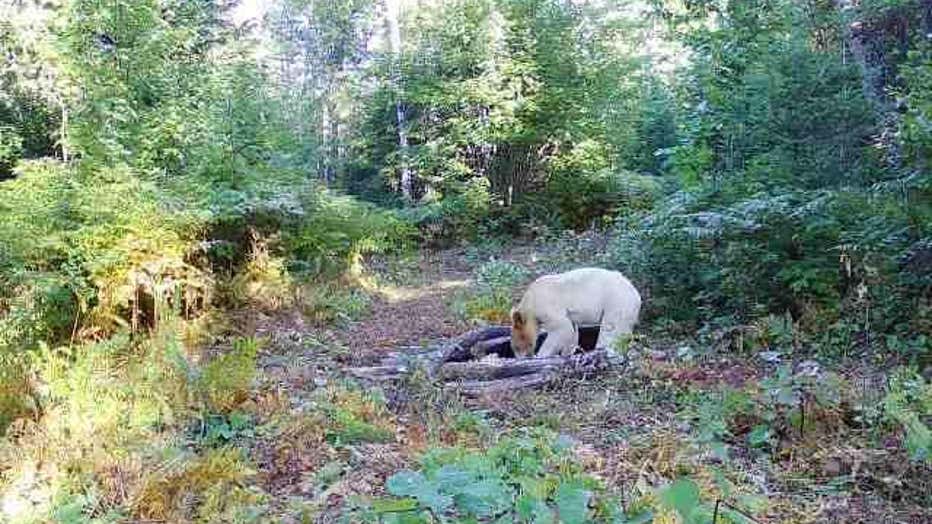 8th. Missing Georgia mom Debbie Collier was found naked and burned, clutching tree at bottom of embankment: docs A missing Georgia mom found dead earlier this month was discovered partially burned, stripped naked and “grasping a small tree,” according to police documents. Investigators are still working to learn how the body of Debbie Collier ended up in a wooded area off Highway 441 in North Georgia.

9. Michigan cannibal Mark Latunski pleads guilty to murder of Kevin Bacon Almost three years ago, much of the state was shocked by grisly details in the murder and cannibalism of a Michigan man on Christmas Day. This week, the man charged killing and eating part of Kevin Bacon has pleaded guilty. Mark Latunski pleaded guilty on Thursday, Sept. 22, just three weeks before he was due to go to trial on charges of murder and mutilation of a dead body. 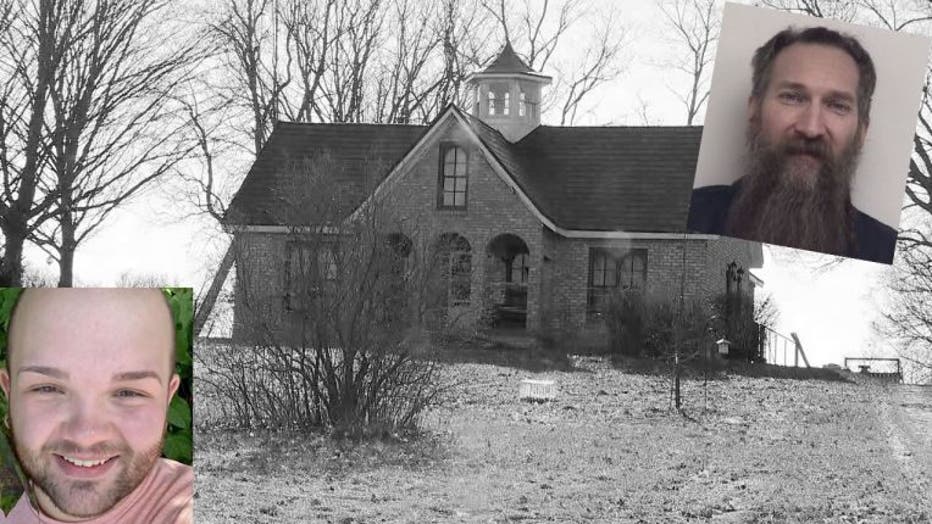 Mark Latunski (top right) is accused of murdering Kevin Bacon, cutting off part of his genitals, and eating it – inside his home in Morrice.

“I purchased four Bingo tickets while I was at the store and won $50 on them, so I used my winnings to purchase a few more,” he said. “I scratched the ticket and looked it over, but I wasn’t sure how much I’d won. When I called the Lottery office, and they told me my ticket was a $300,000 winner, I started cheering! I couldn’t contain my excitement.”