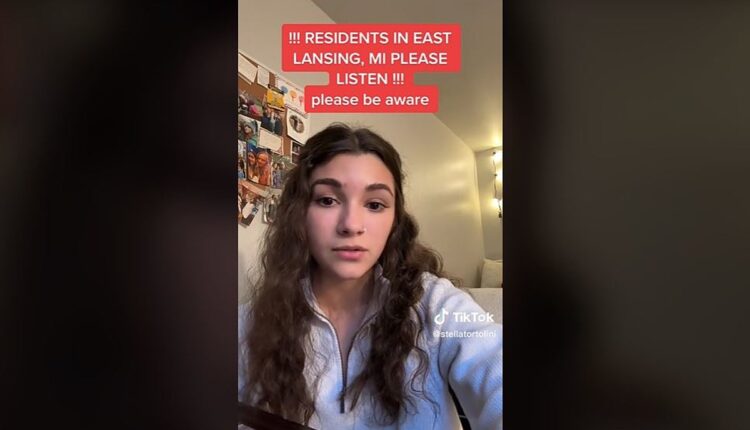 Lansing Woman Explains How She Was Nearly Human Trafficked

Human trafficking is very real in Michigan, as this young girl explains in a recent viral video.

TikTok user stellatortolini, explained in a video how she was nearly abducted on November 14, 2022, at the Meijer on Lake Lansing Road in Lansing.

In the video below, she explains how she was approached by a woman in the parking lot after she had pulled in and parked her car. It was a bizarre interaction as the woman was asking for help and said she needed money for food because she was poor.

The girl offered to give the woman money for food but she then changed her tune a bit and said she wasn’t actually hungry. She then pointed out that the young girl had parked by her car which just so happened to be a brand new Chevy. Yes, this woman that said she was poor and hungry was driving a new vehicle.

The woman again asked for money and kept asking the girl to look into her car for some reason. Again, the whole thing was very bizarre.

The girl eventually was able to get away and go inside the store. She said at this point she was in tears because she was so freaked out.

After she checked out she looked for someone to walk out with her but couldn’t find anyone so she just left.

After putting her cart in the cart corral, she spotted the woman running toward her. The girl took off running, got in her car, and speeded off.

To hear her story in its entirety, check out the video below.

@stellatortolini this happened in the sfternoon, in daylight. human trafficking is real and can happen to anyone at anytime. she continuously begged me to come look INSIDE of her car. black chevy sedan with super tinted windows. please please please be cautious #msu#eastlansing#humantraffickingawareness♬ original sound – stellatortoliniThe woman didn’t grab the girl or anything like that but given the opportunity, she most definitely would have.

I give this young lady credit for putting herself out there and making this video.

According to WILX, Michigan is ranked among the top 10 states for human trafficking. The National Human Trafficking Hotline said there were 295 cases reported in the state last year. Think about it, those were the only cases that actually got reported. Imagine how many did not.

Michigan has produced many celebrities and famous people over the years. Check out 14 famous or notable people born in the state capital of Lansing, Michigan here.

10 Cheapest Places In Michigan To Live

10 Cheapest Places In Michigan To Live

KHN’s ‘What the Health?’: The Changing of the Guard