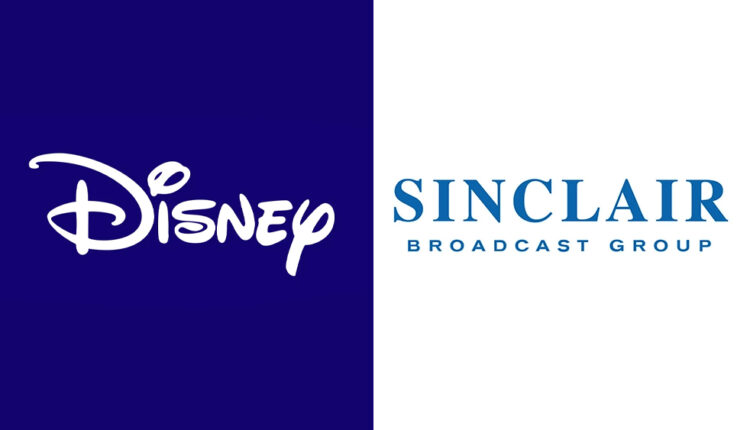 Disney And Sinclair Set Renewal Of ABC Affiliates Through 2026 – Deadline

Disney Media & Entertainment Distribution and Sinclair Broadcast Group have set renewals for ABC affiliations across all Sinclair stations into 2026.

In addition to the renewals covering more than two dozen stations, the companies said they reupped three ABC affiliates served by Sinclair under joint sales agreements — WHAM in Rochester, NY; and WGTU and WGTQ in Traverse City, MI.

“We are pleased to reach a long-term renewal of our agreements with Disney for ABC, a valued partner and provider of some of broadcast television’s most popular entertainment, news and sports programming,” said Will Bell, SVP and head of distribution and network relations for Sinclair, in the official announcement. “The renewals reflect the evolving media landscape and the continued value of the symbiotic relationship between ABC’s programming and the local news and syndicated content we provide.”

John Rouse, EVP of affiliate relations for DMED, said the company anticipates “continuing to work closely with the Sinclair team to serve our mutual viewers via the ABC brand affiliation and its unrivaled network programming while driving strong results across these 30 important local markets well into the future.”

Sinclair is the No. 2 owner of local stations in the US including JSAs, it has 185 stations in 86 markets.

How Proposal 2 would change voting and elections in Michigan ⋆

In rare letter to all Detroit parishioners, archbishop warns of ‘extreme’ abortion initiative