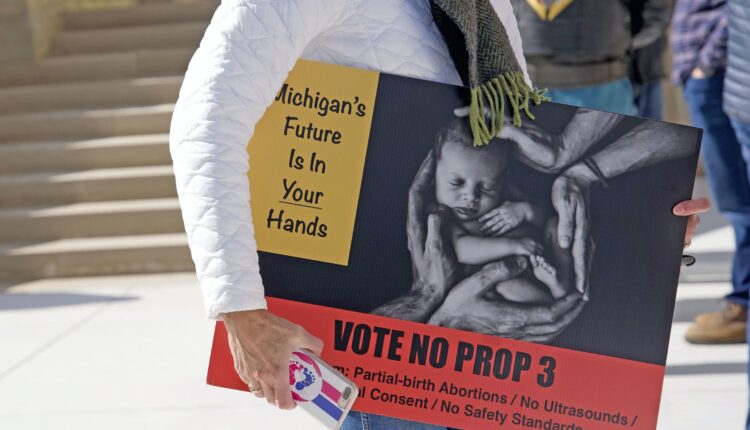 In rare letter to all Detroit parishioners, archbishop warns of ‘extreme’ abortion initiative

“If passed, this proposal would transform Michigan into ground zero for abortions performed anywhere, at any time, by any person, for any reason,” the archbishop said.

As a constitutional amendment, ridding the state of the proposal’s weighty consequences would be especially cumbersome, if not impossible, voters should later feel buyer’s remorse.

“I don’t think people realize just how serious the threat is to existing laws if Proposal 3 passes,” Marcia McBrien, interim president of the Catholic Lawyers Society of Metropolitan Detroit, told Detroit Catholic via email. “It’s not scare-mongering to say that the parental consent requirement could be struck down under Proposal 3 — in fact, that seems to be the desired result.”

In a statement, the Catholic Lawyers Society of Metro Detroit said it joined Vigneron’s opposition to Proposal 3, warning the proposal goes far further than supporters want to publicly admit.

“Those supporting Proposal 3 claim that it just returns Michigan to the days of Roe v. Wade, but as lawyers we see that it goes much further than that — it creates a new, vague, and potentially limitless set of ‘reproductive rights,’” the statement said. “And unlike laws passed by the state legislature, it would be extremely difficult, if not impossible, to undo or amend Proposal 3 if it becomes part of the Michigan Constitution.”

It is imperative that Catholics and all people of goodwill do everything they can to defeat the proposal while there’s still time, Vigneron said.

“As disciples of Christ, we affirm the inherent, God-given dignity of every person, from conception to natural death. Abortion is a grave offense to the dignity of the most vulnerable person, the unborn child. We understand this as Catholics,” the archbishop said. “By voting No on Proposal 3, we build a foundation for a culture in which every human life is valued, and women and families readily receive the support they need to thrive.

“Together, our collective prayer and action — and our votes — can help ensure the defeat of this proposal, upholding the right to life and the inherent dignity of all people,” the archbishop added.

To read the full text of Proposal 3, as well as learn more about how the proposal would impact various laws in Michigan, visit the Michigan Catholic Conference’s Proposal 3 information page, or visit Support MI Women and Children to get involved.

For more on how the Archdiocese of Detroit is fighting Proposal 3, visit aod.org/prolife.

At Catholic News Agency, our team is committed to reporting the truth with courage, integrity, and fidelity to our faith. We provide news about the Church and the world, as seen through the teachings of the Catholic Church. When you subscribe to the CNA UPDATE, we’ll send you a daily email with links to the news you need and, occasionally, breaking news.

As part of this free service you may receive occasional offers from us at EWTN News and EWTN. We won’t rent or sell your information, and you can unsubscribe at any time.

This article was first published at Detroit Catholic and is republished here with permission.

Editor in Chief at the Detroit Catholic.

Disney And Sinclair Set Renewal Of ABC Affiliates Through 2026 – Deadline