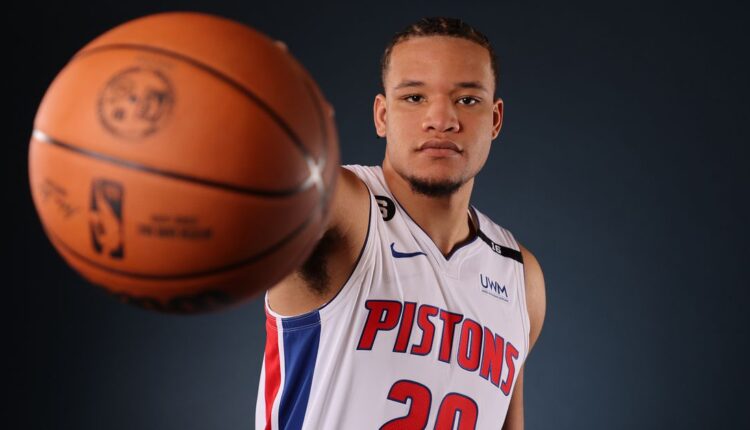 In an NBA obsessed with tall, perimeter-based wing players, the 6-foot-9 Kevin Knox finds himself suiting up for the third franchise in less than 12 months. Knox’s career to date is one of tantalizing potential that has thus far gone unrealized. Taken with the ninth selection in the 2018 NBA Draft, the New York Knicks envisioned a world rich in 20-point performances from a heralded Kentucky product.

While Knox has cracked the 20-point mark numerous times in his four-year career, he’s done so without consistency and, more importantly, without any semblance of efficiency. The lack of overall stability in Knox’s nightly performances is a core reason why the young forward finds himself at what could be his last NBA stop in the Motor City.

Inking a two-year $6 million contract this past August, the former Wildcat is just the latest “reclamation project” of Detroit Pistons GM Troy Weaver. In each of his three offseasons at the helm, Detroit’s lead executive has shown a willingness to bring in failed lottery picks in the hope they can thrive in a new environment.

This is a clean slate for Knox. He’ll be given a chance to salvage his career despite his first four seasons have been a flop. For his part, Knox has the type of skills that Detroit can use, and he could change the narrative arc of his career.

Or, you know, he could not.

Below are three goals the wiry forward could aim for entering year five as a pro.

At this stage of his career, Knox’s most lucrative skill is his perimeter shooting. Standing at 6-foot-9 with a high release point, Knox is able to fire off jumpers over the league’s longest defenders. When assessing his stroke, everything looks good from the gather to release, but there’s one slight issue — the shot often doesn’t go through the basket.

Through 212 outings, the former 5-star recruit has shot a sub-par 34% from three on 3.3 attempts per game. Knox has eclipsed a 35% clip just once when he shot 39.3% (2.1 attempts) back in the 2020-21 season with the Knicks. For a player who supposedly makes a living from behind the arc, these numbers are not gonna work.

While the overall shooting numbers are lacking, Knox has displayed a crack for draining corner treys. In the past two seasons combined (2020-2022), the 23-year-old has converted 48.4% (30/62) of his corner looks: 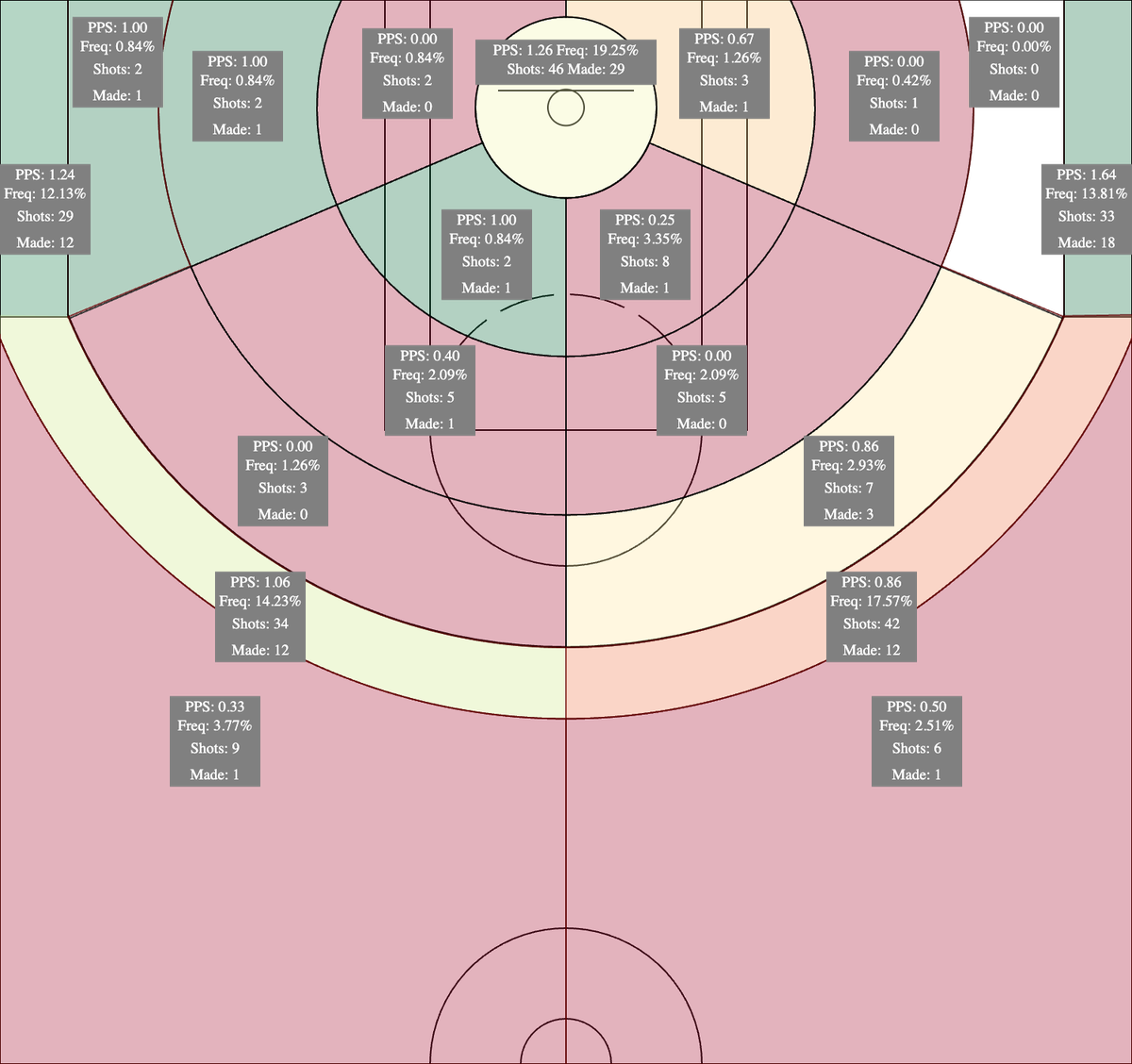 While the above shot chart is scarily infested with red zones, there’s no doubt Knox is a sniper from the NBA’s shortest three-point distance.

It’s also worth noting that putting aside an abbreviated 17-game stint with Trae Young and the Atlanta Hawks, Knox has been saddled with some horrific point guard play. In 3.5 seasons with New York, 32-year-old Derrick Rose is arguably the best point guard with which Knox has shared the floor.

Other than scoring efficiency, Knox’s lack of defensive integrity has been the main factor in limiting the young forward’s minutes the past three seasons.

At the 2018 Draft Combine, Knox measured 6-foot-9 with a 6-foot-11 wingspan. In terms of build, he has the ideal frame for defending both forward positions in today’s NBA.

However, issues present themselves when Knox looks to defend on-ball in ball-screen actions. Our very own Bryce Simon of Motor City Hoops detailed Knox’s limitations as a defender:

An encouraging aspect of Knox’s defensive play can be seen in his ability to recognize and execute on-time rotations. While he’s not going to disrupt the passing lanes (0.4 steals in his career), Knox can be relied upon as a team defender along the baseline.

If Knox could look to flaunt his wiry frame in search of chaotic disruption, his value on the defensive end would only rise.

The aforementioned goals of three-point shooting and defense are what will make or break the young wing’s playing career. For the third and final goal, I thought it would be worth exploring Knox’s ability to score within the arc.

Another area Knox could seek to benefit from is off-ball cuts to the rim. It’s an avenue of scoring the four-year pro has rarely tapped into. Playing alongside high-IQ playmakers in Killian Hayes, Cade Cunningham, and Ivey should provide ample opportunities for Knox to take advantage of defenders who “over-help.”

In summary, if Knox can continue to provide corner marksmanship, there’s a world where he can provide spot minutes as a stretch four. But if he’s any chance of cracking the rotation, he’ll need to commit seriously to the defensive end.

If he can succeed in these areas, there’s potential for Knox’s $3 million team option to be triggered in the 2023-24 season. In turn, making him Weaver’s most successful reclamation project.