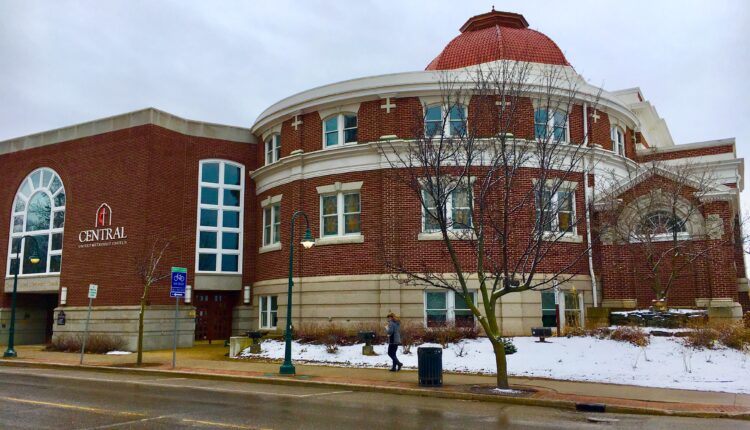 For decades, the Sunday morning routine for the majority of Americans was structured around a visit to church. In recent years, though, shifting demographic trends, a general decline in religious affiliation, and a global pandemic have all brought about big changes in church attendance nationwide. The ticker reached out to a dozen area churches to find out whether these trends are impacting northern Michigan—and if so, what the long-term reverberations could be for local religious communities.

Even before the pandemic, nationwide polling suggested that generations-deep religious ties were starting to loosen. Gallup has been measuring church membership in the United States since 1937, when 73 percent of Americans said they belonged to a church. The rate peaked at 76 percent in the late 1940s and “remained near 70 percent for the next six decades” before it started to decline “around the turn of the 21st century.” The 2020 Gallup poll on the matter saw US church membership dip to 47 percent – ​​the first time in poll history that the rate fell below 50 percent.

It’s not just that fewer Americans are going to church. Gallup has also tracked a decades-long growth in the percentage of Americans “who do not identify with any religion,” from 8 percent in 1998-2000, to 13 percent in 2008-2010, to 21 percent in 2018-2020. The driving factor behind this particular trend seems to be age: The Gallup data from 2020 shows that 66 percent of traditionalists (Americans born before 1946) belong to a church, versus 58 percent of baby boomers, 50 percent of Generation X, and just 36 percent of millennials.

COVID-19 exacerbated the trends of falling church engagement. In Michigan, houses of worship were temporarily shuttered by early-pandemic stay-at-home orders and bans on large gatherings. Churches were allowed to resume in-person services by the end of May 2020, but lost revenues and questions of how quickly attendance would bounce back ultimately led some to close their doors permanently. In Michigan, for instance, St. James Church in Grand Rapids – a Catholic church that had operated for 150 years – announced this year that it would be closing and that the church building would be sold; Per MLive, the church “had not held a mass in over two years due to the COVID-19 pandemic.” Some estimates suggest that nearly one-third of the nation’s estimated 380,000 houses of worship could see a similar fate in the wake of the pandemic.

According to Traverse City Tourism, there are more than 100 churches and synagogues “in the Traverse City area,” spanning 32 religious denominations. Based on The Ticker’s outreach, northern Michigan’s churches are staying afloat for now, but are also looking for ways to adapt and evolve amidst the shifting trends.

Linda Stephan, the associate pastor at Traverse City’s Central United Methodist Church, says the church was averaging around 500 attendees for a weekly Sunday service back in 2019, versus “closer to 350” today. “So, you can see there’s a pretty significant decline in attendance,” she says.

But that number alone might not tell the whole story. Despite the 30 percent dip in weekly attendance, Stephan tells The Ticker that the church is only down about 5 percent in terms of financial contributions from members. Her conclusion? Central United Methodist members are still invested and engaged in the church; they just aren’t attending in-person services every week.

Stephan theorizes that, in some cases – particularly with young families – people have simply fallen out of the habit of regular church attendance. “We are a family-centered church, so we have always had a lot of families with young children,” she says. “And the fact that it took so long for vaccination to come around for our youngest members – and that they were already being exposed in so many ways, through school and daycare – that meant that families really dialed back those group experiences where they could. And we support that. But it’s hard now, because families are out of the routine [of going to church]. So, I think we’re in a moment where we want to think about rebuilding and inviting people back, now that it feels safer.”

The elephant in the room is the rise in popularity of online church services. Like many other churches, Central United Methodist began live streaming all worship during the pandemic, and has continued to do so even with in-person services back in full swing. For months, Stephan says, hundreds of devices were connecting to Central United Methodist’s streams each week; these days, it’s closer to 40 devices. That number is included in the church’s overall attendance estimate of 350 people per week, but Stephan notes that each device is only counted once, which means the tally doesn’t account for couples or families that are engaging with worship together on the same device. “So, I would say maybe we’re closer to 375 or 380 [for overall weekly attendance],” she says.

Jim Perra, rector at Grace Episcopal Church, concurs with Stephan that the continued popularity of online engagement has made it challenging for houses of worship to gauge things like attendance, engagement, or active membership. “I’ll often bump into someone at the grocery store who I just kind of assumed had fallen away [from our church],” Perra says. “But then they’ll say, ‘Oh, Father Jim, you said this thing in your sermon last week that I really thought was interesting.’ So, those people might not be physically in church, but they’re still paying attention.”

Both Stephan and Perra predict that online engagement will only grow for churches in the future—perhaps making in-person attendance less of a weekly habit and more of a monthly or bimonthly occasion for many people. While the pews may look emptier on Sundays, though, both church leaders see positives in the ability for members to engage more flexibly than they could before.

Perra, for instance, says the “hybrid worship experience” is hugely beneficial for keeping people engaged during the winter. “I especially see [the livestream] as being a great option for some of our older members in the winter, for days when going out on the icy roads or the icy sidewalks is a bit of a concern,” he says.

Stephan, meanwhile, thinks the hybrid model is teaching churches that they can and should be more flexible to the wants and needs of their members. “We’re really trying to make sure that we’re accommodating busy lives and meeting families where they’re at,” she says. “We don’t want to demand a commitment that they’re not capable of. So, that can mean shifting how we do Sunday school, or confirmation, or all of that. Confirmation used to be a one or two-year commitment, with a weekly classroom engagement. These days, it’s a retreat style, with a four or five-hour Sunday afternoon once a month for a year. Rather than having a really long, drawn-out commitment, we’re switching to these pockets of time that can better accommodate family schedules.”

But for Stephan, churches adapting to be more open and accommodating also goes far beyond online live streams and doable Sunday school schedules.

“I would also say that we continue to take a strong stand for inclusion of all people in the church,” she says. “We want to make sure that anybody who seeks spiritual connection and community can find it here at Central, without regard to sexual orientation or gender identity, or anything like that.”

Houdini’s final thriller: The story behind the magician’s untimely death in Detroit