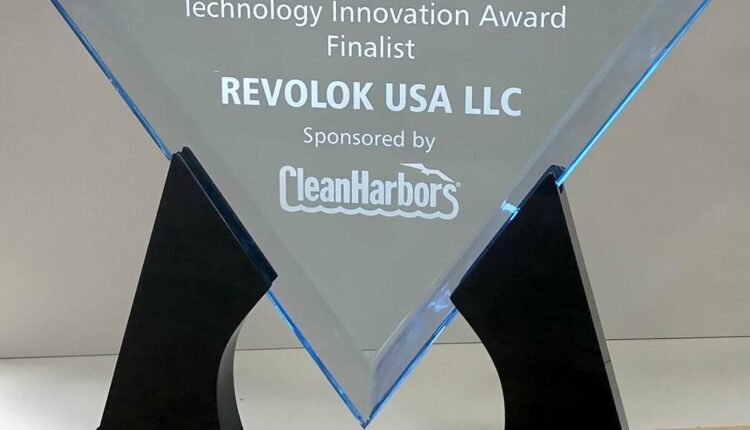 TRAVERSE CITY — Revolok USA discovered the Women in Trucking Association at an event earlier this year.

A first-year Traverse City company, Revolok was attending the Mid-America Trucking Expo in Louisville, Kentucky where it discovered the organization and its first WIT Technology Innovation Award.

Dozens of companies applied for the award and the Revolok 6600 was one of three finalists for the honor. Walmart won the inaugural competition with Revolok and Relay Payments as the other finalists.

The award “recognizes innovation, vision and technical achievements that support and advance the trucking industry,” according to a release.

Revolok USA CEO Bill Sullivan was presented with the award at the 2022 Accelerate Conference & Expo in Dallas in mid-November. Revolok USA competed against transportation-related companies.

“We are honored to receive this award and be recognized as an innovator within the transportation industry,” Sullivan said in the release.