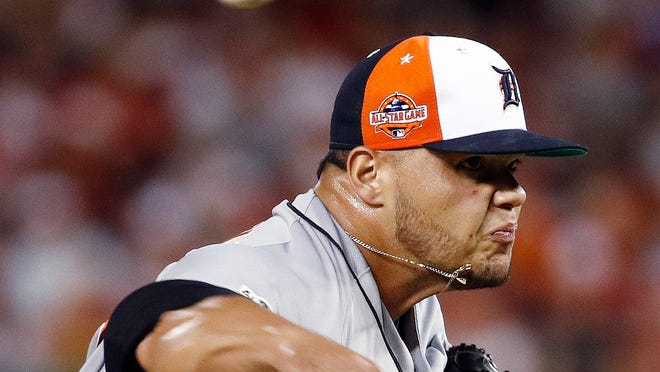 Jimenez, 27, was once the crown jewel of the Tigers’ minor league system. He was called up in 2017 and after making the All-Star Game the following season, experienced some ups and downs and seemed to be on the fringes of the roster .

SO NOW WHAT?How Tigers can capitalize on trade market this offseason as free agency unfolds

Jimenez is a free agent after the 2023 season.

Malloy, 22, was a sixth-round pick of the Braves in 2021 out of Georgia Institute of Technology but started his college career at powerhouse Vanderbilt. Last season, the right-handed-hitter played at High-A, Double-A and Triple-A, batting .289 with an .862 on-base-plus-slugging percentage, 17 home runs and 81 RBIs. With Triple-A Gwinnett, he hit .280 in just eight games. He has played mostly the outfield and third base as a professional.

Malloy was listed 11th on the Braves’ top prospect list compiled by MLBPipeline.

Come back to freep.com for more on this developing story.