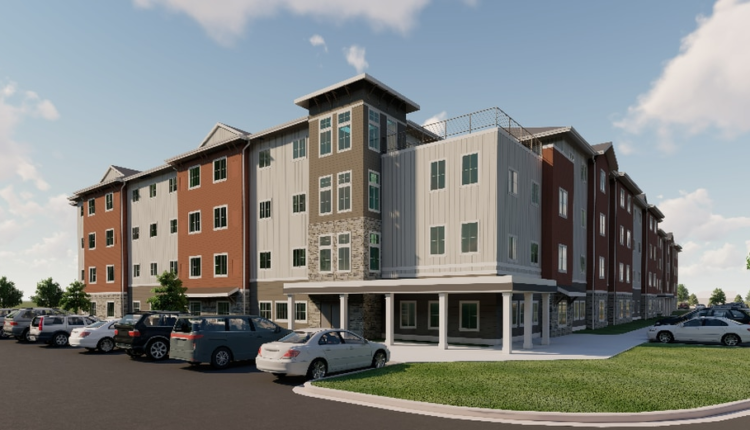 The project, known as HoM Flats at Maynard, is being developed by Wyoming-based Magnus Capital Partners. It will consist of seven buildings containing a mix of one-bedroom, two-bedroom and three-bedroom units.

Financed through the state’s low-income housing tax credit program, the units will be restricted to households earning up to 80% of Kent County’s area median income. For a two-person household, that’s an annual income of $57,280, according to figures from the Michigan State Housing Development Authority.

“Our HōM Flats properties are addressing the nationwide housing crisis,” said Magnus CEO Vishal Arora. “Wage growth is not keeping pace with the rise in housing prices, and there’s simply not enough housing to keep up with the demand. With HōM Flats, we deliver equitable and high-quality housing solutions for everyone – no matter their income level.”

The apartments will include a host of amenities.

In a news release, the developer said the Lake Michigan Drive location was chosen because it offers “convenient access to bus routes, grocery stores and employers, making it highly desirable.”

HoM Flats at Maynard is at least the third project from Magnus Capital Partners.