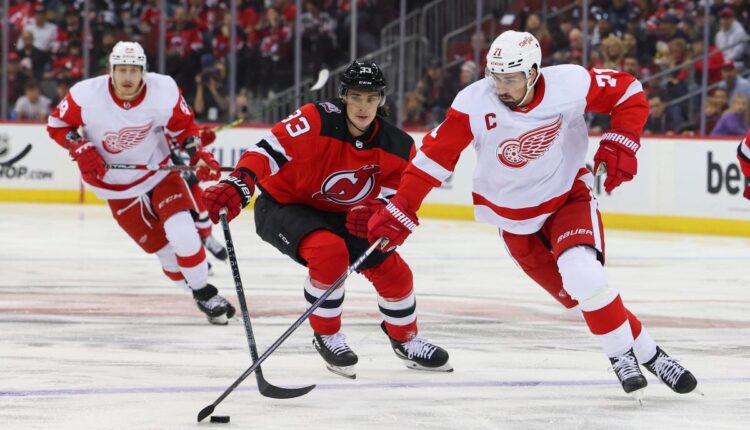 MORE WINGS:After so many disadvantaged seasons, power play a positive for Detroit

Game notes: The Wings beat the Devils earlier this month, 5-2, on the strength of a goal and assist by Jakub Vrana and three points from Dylan Larkin. New Jersey scored first in that one, played in Newark, but Detroit rattled off four second-quarter goals to take control.

Since then, the Wings dropped two in overtime (to the Chicago Blackhawks and Los Angeles Kings) before beating the Anaheim Ducks on Sunday. The Devils beat those same ducks, the New York Islanders and the San Jose Sharks since the home loss to the Wings. They played the Washington Capitals at home Monday before Tuesday’s game.

After this three-games-in-four-days stretch, the Devils get to rest ahead of hosting the Colorado Avalanche on Friday. The Wings play Thursday at the Boston Bruins.

Don’t see the updates? Refresh the page or check it out on

States are vying for money to start ‘hydrogen hubs.’ What are they? ⋆