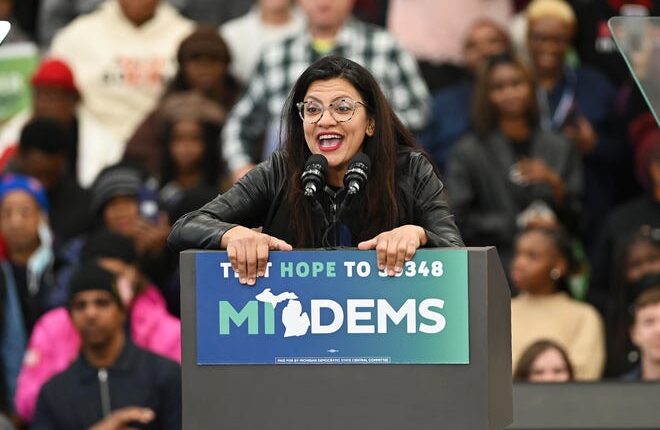 Democratic US Rep. Rashida Tlaib won a third term in Congress on Tuesday, beating back a challenge from Republican Steven Elliott of Southfield.

Tlaib had 70% to Elliott’s 30%, with 51% of precincts reporting, according to unofficial results.

The Oakland County communities of Southfield, Lathrup Village and Beverly Hills are also drawn into the district by the redistricting commission.

Tlaib defeated three Democratic challengers in the August primary election, including Detroit Clerk Janice Winfrey, winning with 64% of the vote. She serves on the House Committee on Oversight and Reform and House Financial Services.

Elliott is a veteran of the Marine Corps who owns American Pride Tattoo Studios and a full-service aesthetics center, Rochester Laser Center.

As polls shut, hour-long wait at Grand Rapids City Hall for people to register and vote