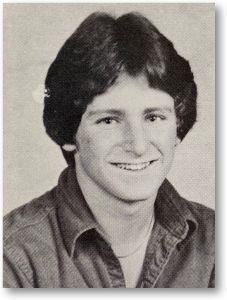 The View From Traverse City

Whether you are 1st Selectwoman of Westport or mayor of Traverse City, Michigan, every suburban political leader deals every day with issues like those, large and small.

Carruthers loves Traverse City. His grandparents bought a summer home there in the 1930s. He moved to Westport from Cincinnati with his parents, and entered Coleytown Junior High.

Friends often wondered why he spent his summers in Michigan. They didn’t realize how beautiful the lakes were, how pure the air.

Now, he says, they understand.

Carruthers enjoyed growing up in Westport. He rode his bike to the beach, took the Minnybus and Maxytaxy all over town, and appreciated that New York City was a train ride away.

After graduating from Staples High School in 1982 and the University of Connecticut 4 years later, he worked as a yacht broker in Marblehead, Massachusetts.

But in 1989, when his blind grandmother needed help at the summer cottage, Carruthers volunteered.

He did not plan to stay. But he’s been there ever since.

He got involved in conservation and environmental issues. When his best friend was diagnosed with HIV, he ran an AIDS services program for 10 years.

Carruthers was active too in Planned Parenthood. He’s still on the development committee.

“I’m a gay man. But women’s rights is my biggest cause,” he says.  “Until women are treated equally, no one will be.”

His grandfather was mayor of Glendale, a Cincinnati suburb, for 43 years. Carruthers spent 8 years on the Traverse City Parks & Recreation Commission, before his election to the city commission in 2007.

Meanwhile, he was advocating for many causes: installation of what would be Michigan’s first utility-scale wind turbine; opposition to construction of a 4-story parking structure; inclusion of sexual orientation in the city’s anti-discrimination policies.

It was all part of making his community a better place to live. Besides being the “Cherry Capital of the World,” Traverse City had evolved from a summer resort for Midwesterners to a tourist mecca that draws visitors from all over.

There’s skiing, snowmobiling, hunting, and of course water and dunes. Carruthers rows 5 miles a day, and sails too.

As mayor — a non-partisan post — Carruthers understood the role tourism plays in Traverse City. He dedicated himself to water quality issues, including trying to shut an 80-year-old pipeline that, he says, “will eventually break and spill oil.”

His town beat its goal to power all municipal operations with clean power. They hope to switch entirely to renewables by 2040.

One of the perks of being mayor: taking a selfie with the President of the United States, when he visits your town.

Carruthers kept his focus on human rights issues too. But when COVID drew an influx of people to their second homes — and brought others, seeking to buy — Traverse City grappled with issues of real estate and growth.

Meanwhile, exploding real estate prices made it increasingly difficult for town employees, teachers, and retail and other workers to live nearby.

Carruthers calls Traverse City “a blue town in a red county.” The Michigan Militia is based not far away. Oklahoma City bomber Timothy McVeigh trained with them. They were accused in a plot to kidnap Governor Gretchen Whitmer — a friend of Carruthers’.

He too received death threat.

“Politics is hard,” Carruthers says. “I was just trying to fix walking trails, and get clean water. But because I supported masking and vaccines — trying to help my community stay safe — I was a target.”

Last year — citing a desire to spend more time with his aging parents, his husband and his own health — he decided not to run for a 3rd term.

Carruthers is still deeply involved in Traverse City. He still works with Planned Parenthood; he’s on the board of Dann’s House, a non-profit supportive housing agency for people with alcoholism (“we have a homeless problem, just like every place”), and as president of Friends of the Senior Center, he’s working to get a new building.

The former mayor has been approached to run for state representative. So far, he’s declined.

“I like the local level better,” Carruthers says. “That’s where you really see the results of what you get done.”

(“06880” is truly “Where Westport meets the world.” Readers anywhere can support this non-profit blog; please click here for details.)

Some Rural Hospitals Are in Such Bad Shape, Local Governments Are Practically Giving Them Away

House Democrats slam Republicans for taking most of the summer off ⋆