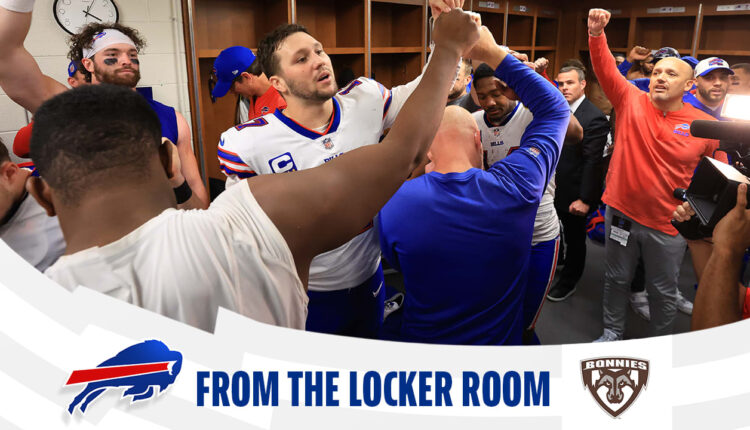 “That next man mindset is real”

Even with the activation of CB Tre’Davious White ahead of kickoff, the Bills were still down a few players heading into Thursday afternoon, including starters DE Greg Rousseau, C Mitch Morse and LB Tremaine Edmunds, among others. That list grew in the second quarter when LB Von Miller was ruled out of the game after suffering a knee injury. But the next-man-up mindset sparked the defense to make up for Miller’s absence on the field, which isn’t an easy task.

“That next man mindset is real,” Diggs said. “I hate to preach it, sound like a broken record, but guys came in and guys playing at a high level. We just preach it to everybody to do the job. You don’t need to do more than your job and you do your 1/11, we’ll find a way, we’ll find a way.”

Challenges started brewing even before Miller’s injury. Detroit got out to a 7-0 lead on the Bills, forcing the team to play from behind once again.

“Guys are resilient, the ups and downs of an NFL game, that’s a good team playing very well, playing good football right now,” Allen said. “But again, guys just continuing to grind, guys going down and stepping up finding a way. I’m proud of our guys for doing that.”

And after working through a hectic week yet rewarding week, the team ultimately found a way. To reward his hard-fought team, McDermott gave his players a well-deserved victory Friday following the win.

“You don’t want to take a step back, but at the same time, we’re gonna enjoy this victory,” safety Jordan Poyer said. “We’re gonna enjoy the flight home with our teammates and our families tonight. We got a big game next week, Thursday night football again in New England, so we got to be ready to play.”