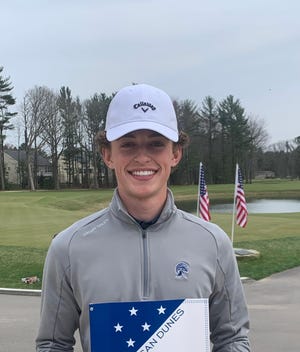 Drew Miller put together a strong sophomore campaign that he ended by finishing as the state runner-up for the East Lansing boys golf team.

And Lansing Christian achieved his goal with a senior-laden squad and finished as the Division 4 state champions.

Miller and the Pilgrims lead the players from Greater Lansing recognized on the Michigan Interscholastic Golf Coaches Association all-state team.

Miller was named to the all-state Super Team. He was one of eight golfers recognized on the top team, which is headlined by Mr. Golf winner Bryce Wheeler of Gull Lake.

The four golfers were big pieces as the Pilgrims pulled away to win the state title by more than 20 strokes. The state championship was the first for Lansing Christian, which finished as the state runner-up in 2021.

Have You Seen The Marvelous Mushroom Houses in Michigan?