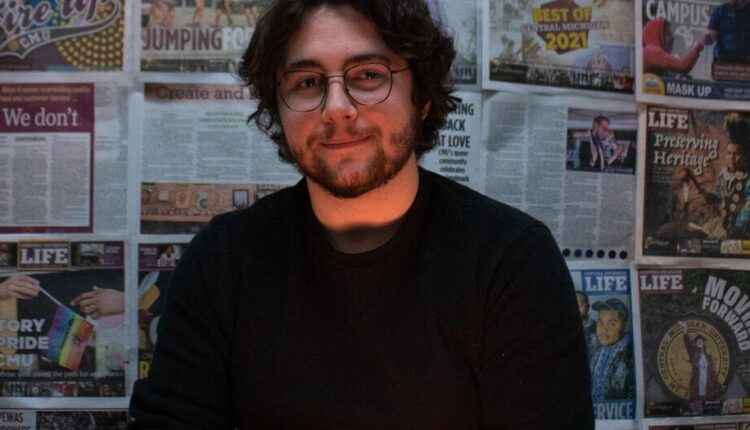 
TRAVERSE CITY — Report for America announced the placements of more than 300 journalists for its 2022-23 reporting corps, including two new corps members who will join the Traverse City Record-Eagle’s newsgathering ranks this spring.

A newly created news bureau in the northern tip of the Lower Peninsula — a partnership between the national journalism service organization, Interlochen Public Radio and the Record-Eagle — will be helmed by reporter Michael Livingston.

Livingston will cover rural counties in northern Michigan, like Charlevoix, Otsego, Emmet and Cheboygan, doing audio stories for Interlochen Public Radio and digital/print stories for the RE.

A recent graduate of Central Michigan University with bachelor’s degrees in journalism and international relations, Livingston was editor-in-chief of the college newspaper, Central Michigan Life, and won multiple awards with the rest of his staff. He has interned at WCMU Public Radio/Michigan newspaper collaborations.

Readers may recognize Livingston’s byline, as he reported many stories during his 2021 WCMU internship housed at the Record-Eagle.

William T. Perkins will be a data reporter for the Record-Eagle. Previously, he was a reporter at the Petoskey News-Review in northern Michigan, covering local government and environmental issues, including concerns surrounding the Enbridge Line 5 pipeline in the Great Lakes. A native of metro Detroit, Perkins holds a bachelor’s degree from Ohio University’s EW Scripps School of Journalism, where he was a news editor at The Post, the student paper, and a Scripps Statehouse news bureau fellow reporting on state government for The Columbus Dispatch.

These two corps members join Sierra Clark, who is in her second year of RE reporting through Report for America.

Clark is Kichi-wiiwedoong Anishinaabe Odawa, and covers Indigenous stories in her ancestral lands in northern Michigan. She holds a bachelor’s degree in freshwater science and sustainability from Western Michigan University, and has worked as a water quality analyst for conservation associations.

Report for America leaders place journalists in partner newsrooms where they can focus on under-covered topics and communities. It launched in 2017 with the objective of placing 1,000 journalists in newsrooms across the US by 2024 to combat a decades-long contraction in the number of reporters on the ground in communities.

The reporting is made possible by generous donations from community members who support local journalism. Go to www.record-eagle.com/RFA to support Report for America journalists in our community.

This year, Report for America expands into all 50 states to bolster newsroom diversity, according to a press statement. Nearly half of this year’s corps are journalists of color and nearly two-thirds are women.

Will three Michigan GOP gov. candidates accused of forging signatures make it on the ballot? ⋆