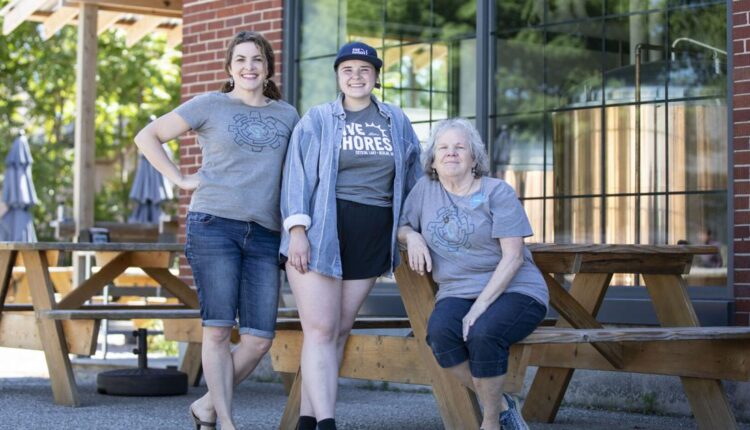 Local celebrities brewed special beers, which will be sampled at the event. A winner will be determined by the end of the night.

Throughout the tasting event, magician Ben Whiting plans to entertain while serving as emcee.

“We’ll definitely do a little magic and mind reading, and we’ll have some fun,” said the Traverse City-based Whiting. “The majority of what I did when I was a full-time entertainer is mind reading.”

He said mind reading requires “years of practice and self denial.”

“The important thing is to make sure people leave knowing how magical Cognition is,” Whiting said. “My job is less about entertaining and more about using entertainment to connect an audience with a message.”

Cognition opened as a nonprofit in late 2016 in Beulah. The museum-style center is full of interactive exhibits that offer science-based learning opportunities for children.

After moving into a new building in 2019 (which they received as a gift) and expanding hours post COVID, “things have been growing rapidly. We have been seeing record guest numbers and are wrapping up five great grant projects,” Miller said.

The idea for Cognition began in 2015 when Miller had a part-time job, four little ones at home and a hobby farm, “so I thought it was a bit out of reach,” she said. Her mom, Laura Stanwick, had just retired from a career as an occupational therapist but was her main motivator.

“My mom has been encouraging me and helping make this magic happen the whole time,” Miller said. “Most recently titled the assistant director and ‘head zookeeper,’ she is now hoping to officially retire again this summer, and I think we are in shape to let her do so, as long as she visits often.”

Along with the magic and mind reading, attendees can expect beer at the fundraiser.

Oliver Roberts, co-founder at Five Shores Brewery, is also a board member at Cognition. He organized six celebrity brewers “to design the best beer that represents them,” he said.

At the event, each guest will get a flight of all six brews. They also receive a QR code to cast their vote for their favorite flavor with their designated voting number.

“They will also have an opportunity to buy extra votes if they feel especially passionate — after all, it’s for charity,” Miller said.

The winner gets the Brewmaster title and a trophy, and their beer will be named and on tap at Five Shores.

Roberts said, “He is also an avid homebrewer, which makes this the perfect competition for him. Matt’s beer is focused on summer in northern Michigan to highlight the weather and one of the best things you can pick yourself when the time is right.”

Blueberry Double Cream Ale — A bit of a heavier version of the classic American style with a fruity twist.

Roberts said, “He is a BIG fan of Five Shores’ beer and helping out in the community whenever he can. From Benzie County, he wanted to brew a beer that really speaks to the spirit of the county.”

Smoked Maple Porter — “This dark beer is full of campfire-y and comforting breakfast vibes: not too sweet, a little smoky and very Doug,” Roberts said.

“He is a veteran beer procurement specialist having worked at several places creating incredible tap lists with some of the most unique and sought after beers around,” Roberts said.

Pineapple New England IPA — Lucky Dog is usually rich in IPAs on their tap list, Roberts said. “This ubiquitous and enduring style of beer has become a staple in the American craft beer landscape, and Ray wanted to brew what the masses want … with a little tropical flair.”

Margarita Lager — “This experimental beer was brewed to mix some of their favorite drinks. A clean lager beer aged on tequila-soaked oak chips with a blend of house-made margarita mix. This very summery beer is sure to make you say ‘Salud!’” Roberts said.

Roberts said “Rich is the mastermind behind the best films EVER made: ‘Dogman,’ ‘Dogman 2: Wrath of the Litter’ and the recently announced third installment ‘Dogman 3: Fight to the Finish.’ Brauer is also on the board of directors at Cognition. Need we say more?”

Roberts said, “This trio is all about Benzie County: Ed is the managing partner at Baird and head of the Schindler Appleford Group as well as the Frankfort head football and women’s track coach. Amy serves on several area boards including POMH Foundation, the Garden Theater and Frankfort Board of Education. Their son Cole is a recent graduate of Albion College and is part of the Schindler Appleford Group.”

Cucumber Belgian Witbier — “With a respectful nod to our brewing friends at Stormcloud Brewing Company in Frankfort, this classic Belgian-style wheat beer was brewed with a refreshing touch of freshly juiced cucumbers. Clean and flavorful with the always smile-making flavor of cucumbers.”

Roberts added that Five Shores’ normal menu is available at the event.

“We are known food wise for our big Bavarian pretzel covered in Everything Bagel Seasoning and we recently added crunch wraps to our menu with either Cuban Pork, shredded chicken or Korean BBQ Jackfruit,” Roberts said.