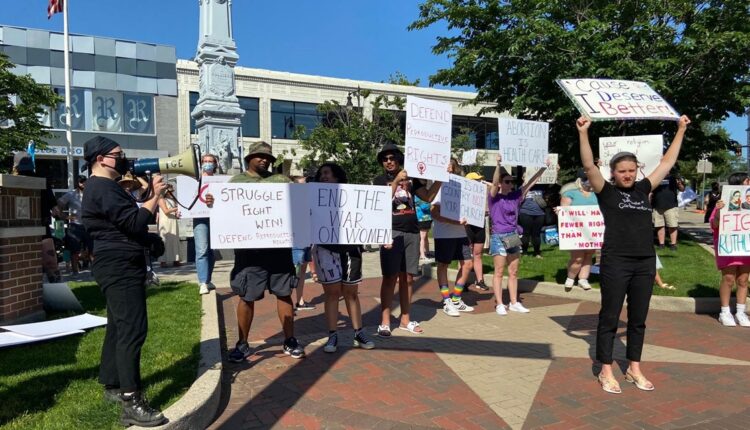 Rallies are being held tonight to demand an immediate suspension of Michigan’s 1931 trigger law criminalizing abortion.

GRAND RAPIDS, Mich. — Protests and rallies are being held in downtown Grand Rapids Friday night in response to the US Supreme Court decision to overturn Roe v. Calf.

Community members have gathered to at Rosa Parks Circle and Monument Park to demand justice and an immediate suspension of Michigan’s 1931 trigger law criminalizing abortion.

Roe v. Wade, the law that made abortions protected nationwide under federal law for 50 years, which was officially overturned by the Supreme Court Friday morning.

The decision means it is now up to the states to enforce their own laws on if abortion is legal or banned there.

“Defend Roe v. Wade! Reproductive Rights for All” began at 5 pm at Monument Park, on the corner of Fulton and Division Street. Activists and community members will march through downtown to the Gerald R. Ford Federal Building and US Courthouse.

The rally is meant to be a united community effort to combat this injustice against women and those with the ability to get pregnant. It will include speakers, canvassers and local left groups.

Organizers are encouraging and welcoming all members of the Grand Rapids community to attend and express their right to protest.