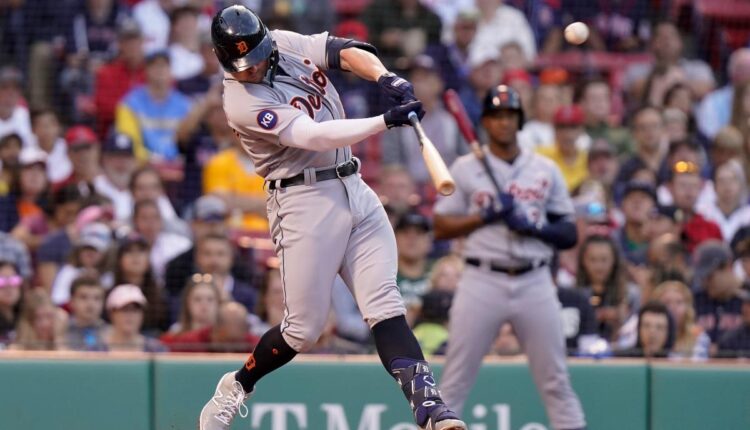 Where: Chase Field in Phoenix.

Game notes: The Tigers’ three-city road trip continues with a three-game visit to Phoenix to face the NL West’s fourth-place team, the Arizona Diamondbacks. The D-backs are seven games under .500, but that still has to be considered a victory, considering they lost 110 games last season, including 24 of 27 in June 2021.

This June hasn’t been great for the Snakes, as they’re coming off a three-game sweep by the NL West-leading Padres in San Diego, with a 7-13 record this month. Still, they took two out of three from the AL Central-leading Twins, so don’t sleep on Arizona’s talent. The key matchup: Rony García vs. Arizona’s Christian Walker. The 31-year-old’s 19 home runs rank second in the NL, behind only the Mets’ Pete Alonso. (They’re also two more than he had in 172 games combined in 2020-21.) Walker also has 18 doubles, third in the NL. Rookie center fielder Alek Thomas is having a solid start since his May 8 callup; Arizona’s 2018 second-round pick out of high school in Chicago is slashing .275/.338/.788, including six homers and seven doubles in 41 games.

The Diamondbacks will send righty Merrill Kelly to the mound; Perhaps he and fellow Arizona State alumus Spencer Torkelson can sing their alma mater’s fight song, “It’s 5 O’Clock Somewhere,” before the game. (Kidding; the ASU fight song is a lovely ditty titled “Maroon and Gold” and featuring the classic phrase, “Hail, hail, the gang’s all here!”) Kelly , 33, is in his fourth season in the majors, with 66 strikeouts and 29 walks over 78 innings. The 2010 Rays eighth-rounder has spent his entire MLB career in the NL, meaning he doesn’t have much experience with Tigers hitters.

THE NEWSLETTER: Riley Greene already living up to Tram and Lou’s legacy

Just three Tigers have faced Kelly: Robbie Grossman, who was 1-for-2 with a double in 2020; Tucker Barnhart, who was 0-fopr-3 with a strikeout in 2019 and Jevier Baez who is 2-for-10 (both singles) with two RBIs and — because it’s the Javy Way — five strikeouts. (Kelly doesn’t throw a slider, at least; instead, he relies on the ol’ four-seamer/changeup combo. The two pitches account for 54.2% of his throws this season.)

Don’t flip over/click over to Bally Sports Detroit for the series opener, however; the 9:40 pm start at Chase Field is available only on Apple TV+. Expect a clean visual design, some unfamiliar statistics and, hopefully, a better performance than the Tigers’ most recent appearance on Apple TV, when they allowed 13 runs to the Yankees on June 3. The rest of the series, however — a 10: 10 pm start Saturday and a 4:10 first pitch Sunday — will be on Bally Sports Detroit. After their time in Phoenix is ​​wrapped up, the Tigers head further west for a two-game set in San Francisco. The Diamondbacks, meanwhile, get a visit from those pesky Padres on Tuesday.