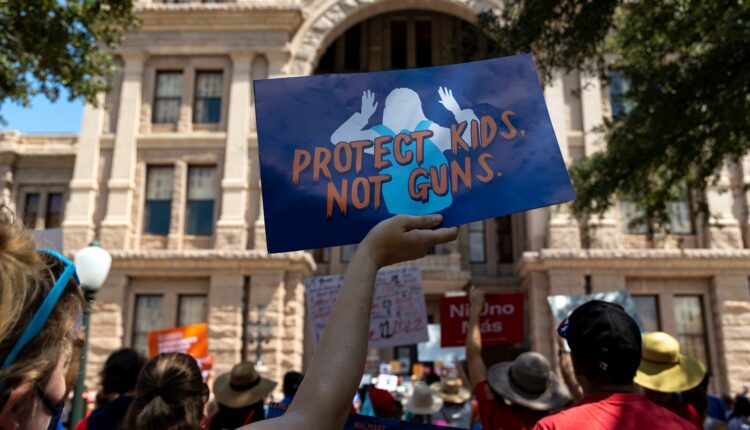 FBI says there have been more attacks by so-called active shooters, who target people at random in public, in recent years.

Three people were killed and another was wounded in an apparently random shooting spree in the US city of Detroit, in the midwestern state of Michigan, according to authorities.

The victims of the violence early on Sunday morning included a person waiting for a bus, another walking their dog, and a third who was “just on the street”, James White, the city’s police chief, told reporters.

White said there was no apparent connection between those killed, which included a woman in her 40s who had been shot at approximately 4:45am (8:45 GMT) on Sunday in the Schulz neighborhood, a 28-year-old man found shot multiple times nearby, and another woman in her 40s who was found in the area with multiple gunshot wounds at 6:50am (10:50 GMT). The police chief did not say which victim was doing which activity at the time of the killing.

The shootings appeared “to be very random”, White said.

A fourth person, an 80-year-old man, was shot at 7:10am (11:10 GMT) after he confronted the suspect, who was looking into car windows. The man was shot in the arm and was in stable condition.

“This did not need to happen. Once again, Detroiters are reeling after lives were senselessly taken at random from our community,” White said, adding there were “more questions than answers”.

Following the attacks, police released an image of a man they identified as the suspect.

Authorities said the man, whose identity was not immediately released, was arrested at roughly 9pm Sunday (01:00 GMT Monday).

The Federal Bureau of Investigations (FBI) has also tracked a marked increase in recent years of so-called “active shooter” incidents in the country, defined as someone engaged in killing or attempting to kill people in a public space in a seemingly random fashion .

In 2021, the agency recorded 61 active shooter incidents, a 52-percent increase from the previous year and the highest on record. One in five of those attacks was also a mass killing.

The incident in Detroit was just one of several high-profile gun attacks in the US over the weekend.

Also on Sunday, a man in the Texas city of Houston set fire to his neighbors’ home and fatally shot three of them as they fled. The attacker also fired at firefighters, who were not wounded, before being fatally shot by the police.

Meanwhile, a Dutch special forces soldier died after being shot outside his hotel in the US city of Indianapolis on Friday, the Dutch defense ministry said on Monday.

Three Dutch commandos in the US for training exercises were wounded in the shooting, which happened while they were off duty.

The two other men were stable in hospital, the ministry said, without giving new details about the incident.

An Indianapolis Metropolitan Police Department (IMPD) police officer told broadcaster FOX 59 that the shooting may have followed an altercation at another location.