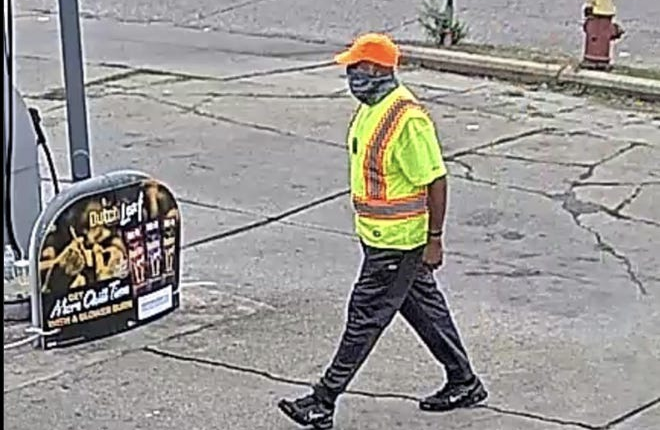 The shooting occurred at about 1:50 pm at the station, a Project Green Light business located in the 20600 block of West Seven Mile Road in Detroit.

Police posted a photo of a man wearing a neon-yellow T-shirt and construction-type vest, black pants and Nike gym shoes, and an orange cap. His face was hidden by a dark-colored bandana-type scarf.

The photo was taken by a Project Green Light camera, which captured images of the shooting victim and the man running away.

Detroit Police Cpl. Dan Donakowski said details were not yet available about the victim’s identity or a motive for the shooting.

An investigation is ongoing.