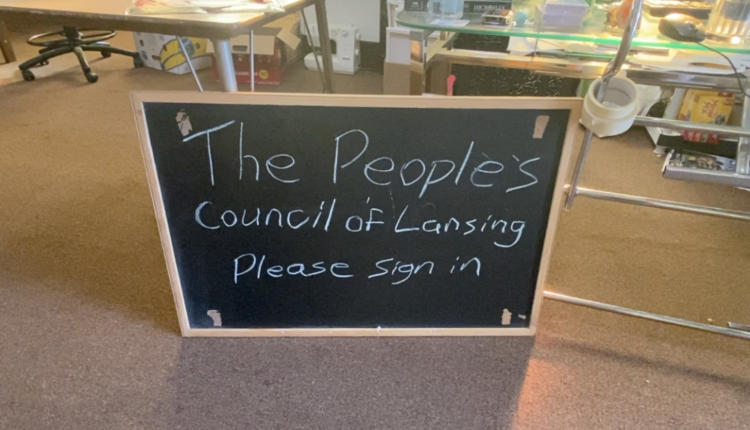 LANSING, Mich. — Right now, anyone looking to attend a Lansing City Council meeting has the option of physically coming to a meeting in city hall or by watching via Zoom.

But a group of Lansing residents says there’s an accessibility gap because virtual attendees can’t make a public comment, and they want that changed right away.

The People’s Council of Lansing was formed in July with the goal of combining voices and strengths within the community and taking their concerns to the City Council.

The group mirrors the structure of the Lansing City Council by having eight members, four at-large and four representing the city’s four wards.

One of the very first goals of the group is to make Lansing City Council meetings accessible for all.

It’s something that Lansing City Council Member Brian Jackson says is on his radar.

“Greater accessibility is a wonderful thing for the city. Its a wonderful thing for people to be able to participate from home or where ever they are. Its often hard for single parents, or people that work at night, or sick or elderly or even young people that want to come but might nit be able to make it People that have to work in the morning, Seven o’clock at night is a hard time for people and their families, so I think greater accessibility is a good thing, “Jackson said.

Lynn says The People’s Council is asking residents who’d like to see a public comment option made available for folks who attend meetings virtually, to write, email or call their councilperson.

Jackson thinks what the group is asking for is reasonable and also thinks it wouldn’t take much to make it happen.

” I think we may have to purchase some equipment, if we don’t already have it, to make it accessible for everybody to have a Zoom hybrid meeting. We just have to find out how much that is. I know I will certainly propose it and push it forward as a top budget priority for this coming up year,” said Jackson.

The People’s Council is hoping that their request will be part of City Council’s agenda at the meeting on Aug. 22.