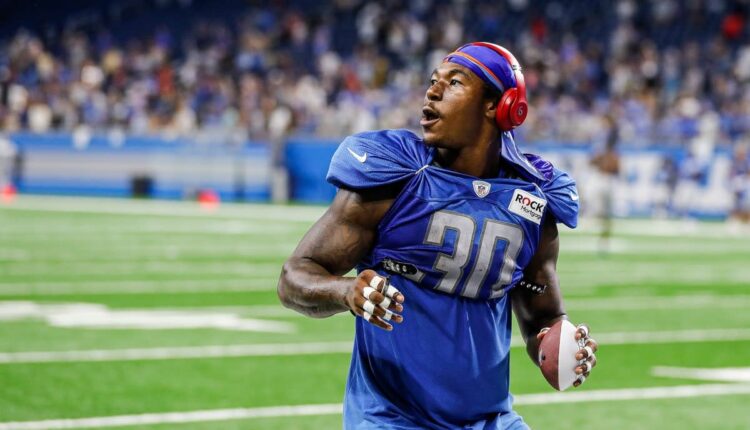 The latest episode of “Inside the Den” dropped Monday on the Detroit Lions’ YouTube page, and it took a behind-the-scenes look at the “Hard Knocks” production team’s approach to filming the Lions in training camp.

According to the show’s director Shannon Furman, the crew consists of about 35 people, and they are equipped with eight-nine cameras on a daily basis at practice. Furman commented that it’s the most cameras they’ve ever utilized to film a season of the hit HBO series.

Once the organization that Hard Knocks will profile is announced in the spring, every player and member of the team’s roster is researched extensively by the Hard Knocks crew. The crew, in fact, becomes like “FBI detectives,” according to Furman. The production team breaks up individuals from the roster into groups of “Tier 1” and “Tier 2” individuals, and this is how the show identifies the organization’s “characters,” or the members of the roster that it wants to closely profile throughout camp .

As a given season of the critically-acclaimed show progresses, characters come to light, and so far for the Lions, it looks like running back Jamaal Williams will be a protagonist.

He gave a fiery speech to close out a recent day of practice, and it was featured in this episode of Inside the Den.

“I wanna let y’all know, man. Today, is the minimum of effort. Do not give up. Do not feel like you are tired. When you are tired, think of last year and think of that (expletive) record, “Williams passionately pleaded with his teammates. “Every time I get tired or I think I can’t go no more, I think of that (expletive) record. Last year wasn’t it. That ain’t us. We can make it. Have some heart. I get emotional about this. I am about to cry, because I care about ya’ll. Do your best, let’s go.”

Along with Williams, the episode featured the likes of defensive leaders Alex Anzalone and Tracy Walker mic’d up, as well as third-year offensive guard Jonah Jackson.

“It’s feeling real different around here,” Jackson said to his teammates, to cap off a day of practice. “I can feel it on both sides of the ball.”

Detroit head coach Dan Campbell and general manager Brad Holmes are in the process of attempting to build a winning culture in the Motor City that has been non-existent for decades. And, in trying to do so, a big point of emphasis for the duo has been having the right players inside the locker room.

“You know, this is all about having the right people,” Campbell said. “You know, Brad and I have gone to great lengths to make sure that we have people that are about what we’re about, that are built that way and they’re guys who just don’t give up. They’ll constantly go to work, constantly compete and so now, we’re just trying to sharpen those guys and trying to pull the most out of them, and collectively, as a team, get the best 53 (players).”

The episode closed with a video montage of highlights from Saturday’s Family Fest at Ford Field.

Campbell made his mark on the day by addressing the raucous crowd in a way that he only could.

“What makes Detroit special is, it’s the fact that, man, you guys will roll your sleeves up and put in a hard day’s work,” Campbell told the fans. “And I think we want to model ourselves after that. I tell you what, you would give your coat in winter to someone who needed it. That’s what this community is about. However, nobody will take advantage of our hospitality, nobody.

“That’s what we’re about. This team is working their rear off to give you something to be proud of. They’re grinding it out right now. I know this, we are freaking starving. We are starving, so the hyenas better get out of the way.”

After ‘a Lot of Doors Shut in Our Face,’ Crusading Couple Celebrate Passage of Burn Pit Bill