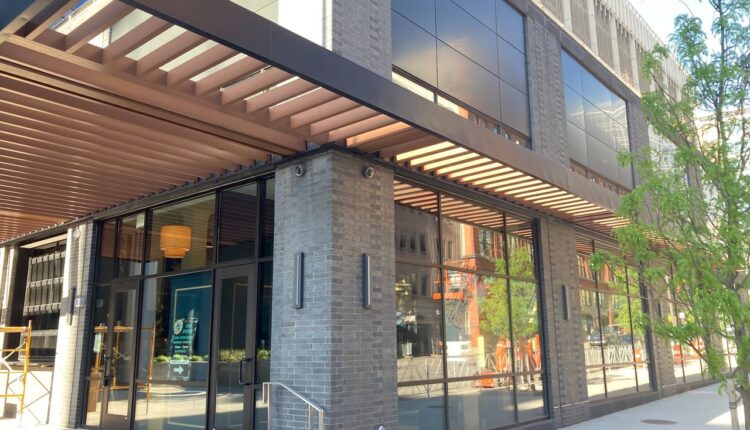 GRAND RAPIDS, MI — Real Seafood Co., a contemporary seafood restaurant serving fresh fish and seafood from the Great Lakes, Gulf of Mexico and the waters of New England, is opening May 24 in downtown Grand Rapids.

“It’s a special space, and I think people are really excited to come see it and enjoy it,” said Kevin Gudejko, president and CEO of Mainstreet Ventures Restaurant Group, the company that owns Real Seafood Co. “We’ve been working on it a while, and we’re ready to go.”

Located at 141 Lyon St. NW, the restaurant is located in a newly renovated space built by CWD Real Estate at the Fifth Third Center. CWD demolished a granite wall on the north side of Lyon Street NW — between Ottawa and Monroe avenues — and added18,000 square feet of ground-floor retail space.

The project was part of CWD’s push to renovate the center, a complex that includes two office buildings and an underground parking garage at the south end of Vandenberg Center. A small convenience store, DGX Grand Rapids, has opened at the location as well.

Flight instructor had 14 seconds to land plane in Traverse City