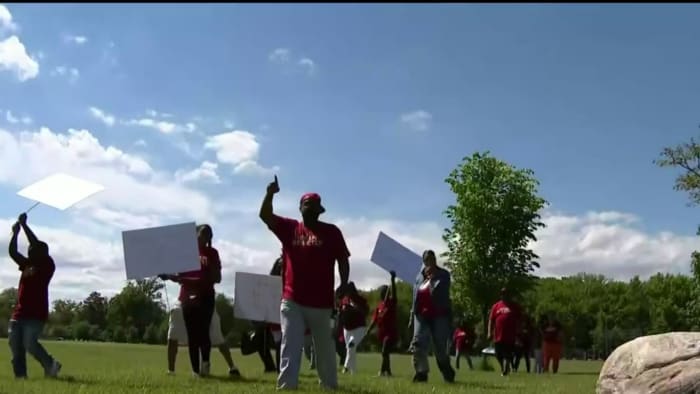 A Detroit pastor is working to unify the community and call for a stop to the violence across the country after the killing of 19 children and two teachers in Uvalde, Texas on Tuesday.

The shooting in Texas, along with violent crimes in local neighborhoods, is what inspired him to march.

“To try to combat some of the crime and murder that’s going on in Detroit because we live in Detroit but also our hearts are with the people in Texas,” Kirby said.

“We cannot stand idly by and continue to watch our children be murdered,” said Minister Anthony Brinson.

Brinson said the march was an opportunity to uplift the city and inspire others to stop the violence. He also said that change needs to happen on the national level too.

“We need to call on our congress people and people who are standing against common sense gun law reforms, background checks,” Brinson said.