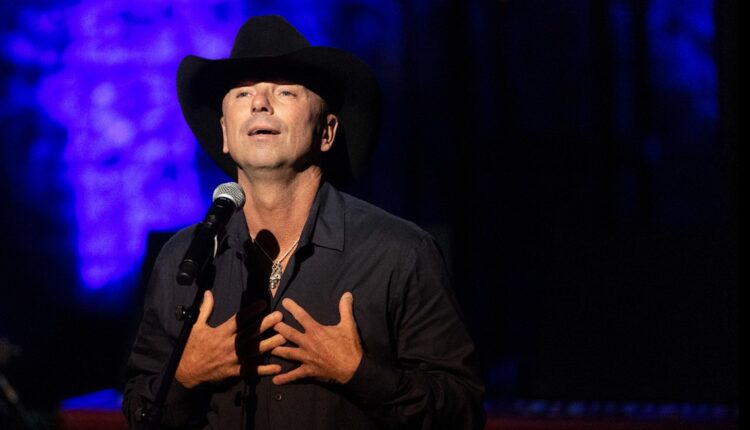 Kenny Chesney headed to Grand Rapids in May of 2023

Kenny Chesney and Kelsea Ballerini will be playing at Van Andel Arena in Grand Rapids on May 6, 2023.

GRAND RAPIDS, Mich. — Country music star Kenny Chesney announced a stop in Grand Rapids next year as part of his “I Go Back” tour kicking off in March.

Chesney is just coming off his 2022 “Here and Now” tour which sold over 1.3 million tickets.

“I can still hear No Shoes Nation singing those songs after being apart for four whole summers,” Chesney said. “It’s a sound that reminds me how much music really means to people. It’s not about the numbers, but the joy you see on people’s faces – and the more I thought about it, the more I thought about taking the music to the people who were there when this thing was taking off.”

“I Go Back 2023 is going to be so awesome,” Chesney raves. “To be able to take this music to where it comes from? To have Kelsea Ballerini out there with me, maybe even singing ‘half of my hometown’? It’s going to be a tour unlike any other – and I can’t wait.”

Tickets go on sale Friday, Dec. 2 at 10 am and are available at VanAndelArena.com.

American Express® Card Members can purchase tickets before they go on sale to the general public beginning on Wednesday, Nov. 23 at 10 am and lasting through Thursday, Dec. 1 at 10 pm

This is the only tour date announced for Michigan so far.