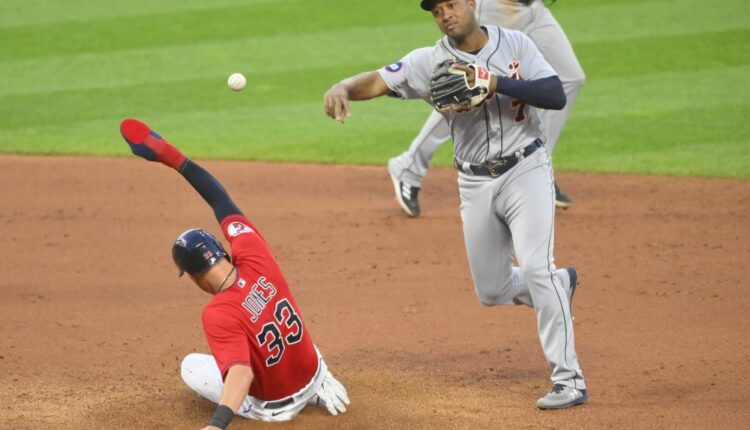 Detroit Tigers have decisions to make with Jonathan Schoop.

The Detroit Tigers will be making changes and starting to make moves after the World Series and the five-day quiet period. As the Detroit Tigers continue to identify some of their first off-season moves, things could hinge on awards announcements.

With the Detroit Tigers having Jonathan Schoop up for a Gold Glove award after being nominated, some decisions will be made. Schoop is slated to earn $7.5 million on his contract for the 2023 season.

Now this means that the Tigers will have to decide to keep him around for another season or hope to move him for literally anything in the form of a trade. But the addition of a 2022 Gold Glove might sprinkle some extra value on top.

While I know awards can be popularity contests and, at times, lose some value due to the way the voters look at things. But being nominated for his performance was more than warranted. Getting nominated and possibly earning the award will add some value to Schoop in trade talks.

For Scott Harris, the big decision he has to make is going to be where to keep Schoop around and try to reinvigorate his offense or trade him. The latter might get a bit easier, given the gold glove nomination and potential for the award.

The offense left plenty to be desired and took steps back from the level he has performed at in recent years. In fact, it felt like some of the time; he was just throwing the bat out there, just leisurely swinging to get the at-bat over with.

But the defense was there. MCB Co-Expert Matthew Scheidel broke down the specifics in this gold glove nomination piece. He mentions how Schoop’s defense carried the weight of his 2022 performance and helped him get the job done.

Harris has to decide if he wants to hope that a new hitting coach and hitting philosophy will fix the offensive woes or move forward without him. Having the ability to sell his defense might help add some value.

With the offense leaving things to be desired, it adds the defense and gold glove nomination to Harris’ pocket as a way to try and sell him further to a team on the trade market.