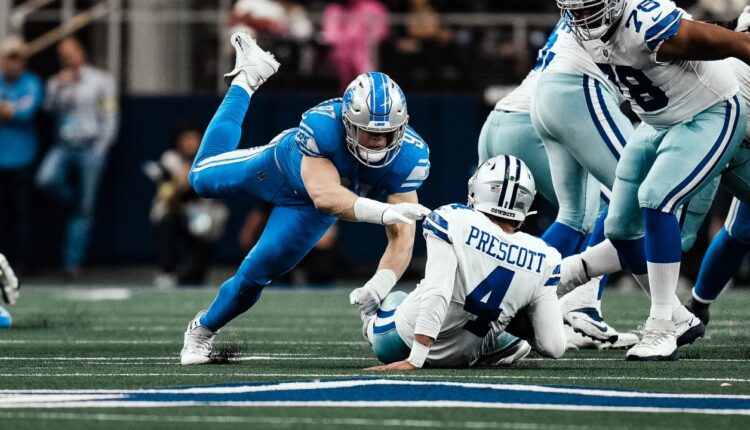 “Man, as a coach, the one thing you have to do, is listen to the player, and that’s something that I try to pride myself in in doing that,” Glenn said. “And Aidan would never just say what he wants to do , but he said, ‘Coach, I think I can be pretty successful doing these things.’ And I’m like, ‘Listen, I get it. I’ve been there before.'”

Hutchinson told Glenn that standing up and playing more in a two-point stance is something he wanted to do because he thought it allowed him to see the field and unlock more of what makes him special as a pass rusher.

“AG called me and kind of just talking about what I think and what I think is best for myself,” Hutchinson said of that bye week conversation. “We just had that conversation and he’s very flexible and right when I kind of expressed how I felt about (moving more into a two-point stance) he was like, ‘We can get that done.'”

Hutchinson thinks of himself as an instinctual rusher who likes the two-point stance vs. the three-point. After watching film on the opponent all week and studying keys and tendencies, Hutchinson told Glenn he thought he lost a lot of that information by putting his hand in the dirt and closing off his vision of the field. Hutchinson said standing up allows him to see the field better and read cues and motions.

In his first game after having those conversations and playing more from a two-point, Hutchinson notched 1.5 sacks, three quarterback hits and four pressures.