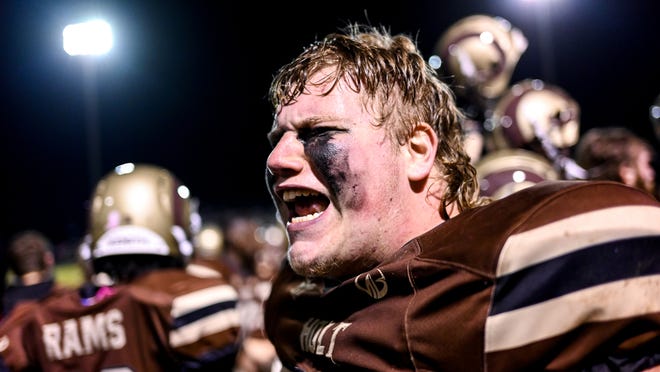 Here’s a look at some of the standouts from the opening week of the playoffs at Greater Lansing. This reflects stats submitted by area coaches.

Dyelan Arnold, Holt: Arnold finished with three catches for 119 yards and two touchdowns and added seven tackles for the Rams in their Division 1 pre-district victory over Hartland.

Shawn Foster, Grand Ledge: The senior carried 29 times for 188 yards and three scores and threw for 52 yards and a touchdown while helping the Comets top Brighton in a Division 1 pre-district.

Jacob Halfman, Fowler: Halfmann threw for 200 yards and ran for 51 yards and had five total touchdowns for Fowler in a win over Carson City-Crystal.

Bo Lincoln, Olivet The junior completed 21 of 30 passes for 245 yards and two touchdowns in the Eagles 21-14 setback to No. 4 Portland in a Division 5 district semifinal.

Bryce Kurncz, DeWitt: The senior had 18 carries for 191 yards and two touchdowns and had three catches for 26 yards and two scores in a Division 3 pre-district win over Cadillac.

Drew Miller, Portland: The senior had 27 carries for 186 yards and a touchdown and the game-sealing interception in a 21-14 Division 5 playoff victory over Olivet. He finished with five tackles.

More:Portland football gets late stop to get past Olivet in playoff opener