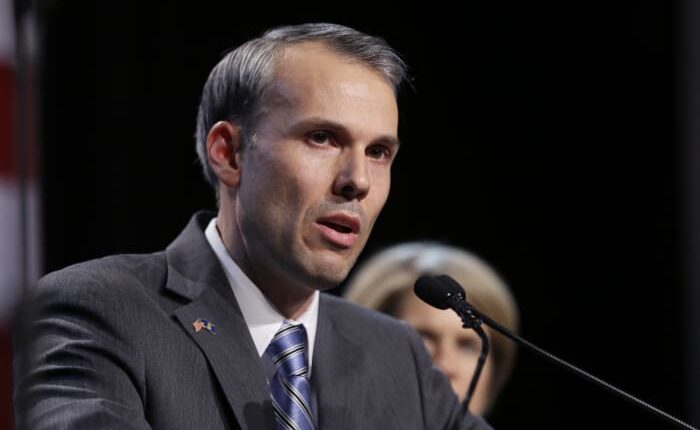 GRAND RAPIDS, Mich. – Gov. Gretchen Whitmer’s chief lawyer has been approved as US attorney based in Grand Rapids.

Mark Totten’s nomination was approved by the Senate on Wednesday, five months after he was picked by President Joe Biden.

The Western District covers more than half of Michigan’s counties, from the Upper Peninsula to the Indiana border.

Totten is a “passionate public servant who will do a phenomenal job as a US attorney,” Whitmer said.

It’s not known what role Totten will have in decisions about further prosecuting two people in a plot to kidnap Whitmer. A jury acquitted Daniel Harris and Brandon Caserta but couldn’t reach an unanimous verdict for Adam Fox and Barry Croft Jr.

“There is a process the (Justice Department) follows for decisions like those, and that process will be followed here,” spokeswoman Breane Warner said in an email Thursday.

Andrew Birge, who was US attorney when the trial ended on April 8, suggested that Fox and Croft would face a second trial.

Totten, who has a degree from Yale Law School, has experience in federal law and federal court. He also taught law at Michigan State University.

Totten was the Democratic nominee for attorney general in 2014 but lost to Bill Schuette.

Copyright 2022 The Associated Press. All rights reserved. This material may not be published, broadcast, rewritten or redistributed without permission.