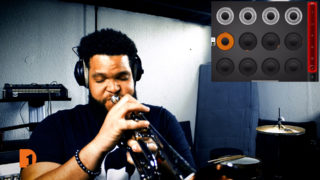 This Week on One Detroit:

Building Michigan’s Future Workforce: Where Do We Go From Here?

Where does Michigan stand in its efforts to build a strong future workforce and an overall quality of life that attracts people to live and work here? One Detroit’s Future of Work host Will Glover takes a deep dive into a crucial conversation about how Michigan’s economy and workforce can stay competitive with other states.

From our April 13 virtual town hall, guest host Chad Livengood, senior editor at Crain’s Detroit Business, joins Glover for a discussion with panelists Britany Affolter-Caine, executive director of Michigan’s University Research Corridor, and Oakland County Michigan Works! Director Jennifer Llewellyn about wages, attracting and retaining talent, meeting the needs of employers and whether those “Pure Michigan” ads make people think of Michigan as a weekend getaway or a place to put down roots.

Some of the biggest names in jazz are making an appearance at the upcoming debut of the Detroit Symphony Orchestra’s Paradise Jazz Series Big Band. From Terence Blanchard and Kurt Elling to the man directing the whole show, Grammy-nominated trumpeter and composer Kris Johnson, the 8 p.m. April 30 live and live-streamed performance will feature original arrangements created by Johnson.

Ahead of the performance, WRCJ 90.9 FM host Cecelia Sharpe sits down with Kris Johnson to talk about his upcoming role in and excitement for the Paradise Jazz Series Big Band debut concert. Plus, the duo discusses Detroit’s rich jazz history in celebration of Jazz Appreciation Month in April.

Subscribe to One Detroit’s YouTube Channel & Don’t miss One Detroit Mondays and Thursdays at 7:30 p.m. on Detroit Public TV, WTVS-Channel 56.

Stephen Henderson is the Founding Editor of BridgeDetroit, and a former writer and editor for the Detroit Free Press, Baltimore Sun and Chicago Tribune. Winner of the 2014 Pulitzer Prize for Commentary,…
More by Stephen Henderson

authored by
First published at https%3A%2F%2Fwww.bridgedetroit.com%2Fone-detroit-building-michigans-future-workforce-jazz-trumpeter-kris-johnson%2F

The Most Bang for Your Real Estate Buck | Features