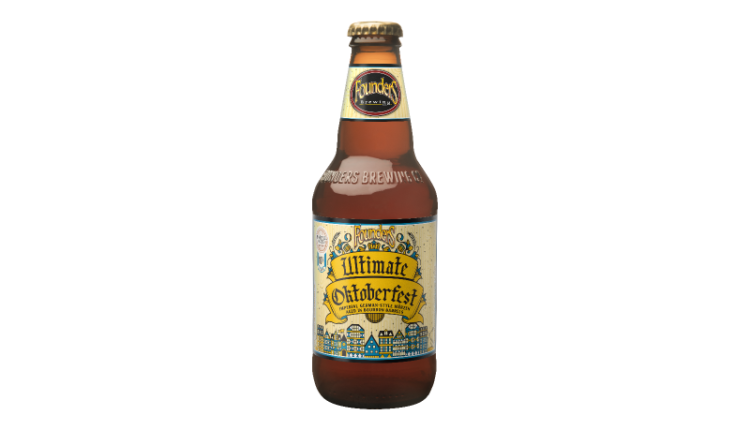 The Grand Rapids-based brewery said this month it will release in September the Ultimate Oktoberfest (10% ABV) — a twist on the classic German-style Marzen lager that is “kicked up a notch” by being aged nine months in a bourbon barrel .

“Get out your lederhosen and prepare for an intense wave of Bavaria hysteria — Ultimate Oktoberfest is here,” the brewery said.

Ultimate Oktoberfest will be available across Founders’ distribution footprint, excluding the west, in four-packs of 12-ounce bottles and on draft starting in September.

Ultimate Oktoberfest was created to help Founders ring in its 25th anniversary in Grand Rapids.

The brewery’s second Oktoberfest release is the OG Oktoberfest, which is making a comeback in Founders’ taprooms this July and nationwide in August in 12-pack cans.

The returning Oktoberfest beer (6% ABV) uses imported German malts and hops with lager yeast for the finish. It possesses a copper hue with a rich, malty and slightly sweet backbone.

“Our version is akin to the beer poured in the early days of Oktoberfest, and yes, it adheres to the purity law (traditional German brewing regulations). Cheers!” Founders said.

Oktoberfest will be available on draft in all states except for Utah.

As insulin costs soar, diabetics say a $35 cap on co-pays is not enough ⋆

In an effort to make Pride safer, Grand Rapids Pride Center announces no police will be at festival ⋆