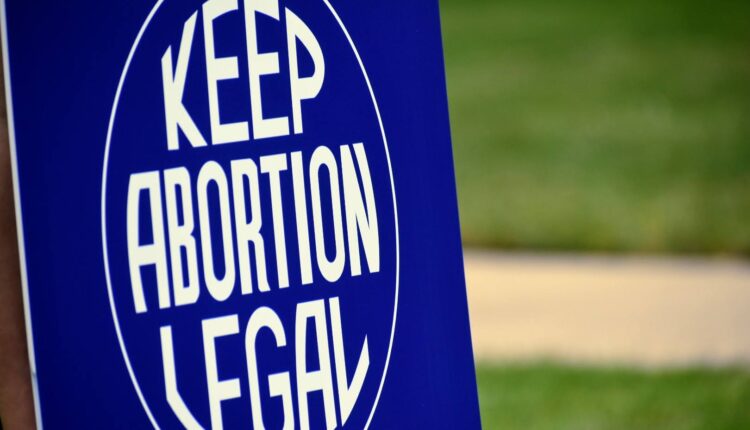 Doctors call for abortion to remain legal in Michigan ⋆

Following the Supreme Court’s decision to overturn Roe v. Wade on Friday, health care advocates and lawmakers are pushing to ensure abortion access is protected by the Michigan state constitution.

On Monday, physicians from across Michigan discussed the medical uncertainties presented by the state’s own abortion ban that’s not currently being enforced, as well as the Reproductive Freedom For All ballot initiative. The initiative, which could go to voters in the November election if the coalition behind the proposal gathers enough signatures, would enshrine the right to abortion in Michigan’s constitution.

While the right to abortion is no longer protected by the federal Constitution, abortion remains legal in Michigan. A state law from 1931 makes abortion a felony without exceptions for rape and incest, but the law cannot currently be enforced due to a preliminary injunction granted by Michigan’s Court of Claims in response to a lawsuit filed by Planned Parenthood of Michigan.

After filing a motion on Friday urging the state Supreme Court to consider her lawsuit, Whitmer sent another notice to the court on Monday requesting the court takes up her suit amid confusion on the legality of abortion in Michigan.

Physicians from across Michigan discussed the impact an abortion ban would have on health care at a Zoom panel on Monday, June 27, 2022. | Screenshot

Dr. Lisa Harris, a professor of obstetrics and gynecology (OB-GYN) at the University of Michigan, discussed the consequences of an abortion ban during Monday’s press conference. If abortions are banned, there are only three options to access an abortion: traveling for care, self managing an abortion and giving birth, Harris said.

Each of these options have enormous health impacts, Harris said.

“Pregnancy demands a great deal from all of the body’s organ systems; some people’s bodies handle that very well and they actually enjoy being pregnant and stay safe and healthy. But other women’s bodies struggle with that, especially if they have chronic illnesses and other underlying health issues,” Harris said.

For these women, ending a pregnancy may be the best and only way to preserve their health, life and their future ability to have a baby when their health issues are under control, Harris said.

Michigan’s 1931 law banning abortion has an exemption allowing abortions to preserve life of the pregnant woman, but Harris said this exemption is unclear.

“Does a woman need to be 100% likely to die in order to end her pregnancy? We see people with a range of medical conditions, in whom we might cite a 30 or a 50% chance of death if they continued the pregnancy. And it’s unclear if that is enough to allow a woman to decide to end her pregnancy,” Harris said.

The 1931 law also bans administering drugs to induce a miscarriage, which could impact how physicians treat complications in pregnancy, including ectopic pregnancies where a fertilized egg develops outside of the uterus.

“The care of an ectopic pregnancy is an abortion,” Bayne said.

Not knowing what procedures will or will not be prosecuted will delay care and will force doctors to look to administration to navigate the legal perspective versus the medical standard of care, Bayne said.

– Dr. Lisa Harris, a professor of obstetrics and gynecology at the University of Michigan

“We should not be balancing our own fears and our own risks with the benefits to a patient,” Harris said. “There is no ethical framework for something like that.”

The ban would also prevent OB-GYN residents, fellows and medical students from learning about abortion care. Harris said this kind of training overlaps in helping manage a miscarriage, and makes people more comfortable offering appropriate treatments for a miscarriage.

Harris also noted that maternal mortality is expected to increase as much as 21% under an abortion ban. These bans will disproportionately impact Black women, who are two to three times more likely to die during pregnancy than white women, Harris said.

Dr. Rob Davidson, a physician in West Michigan and the executive director of the Committee to Protect Health Care, which hosted the panel, said that while he would implore the GOP-led state legislature to codify the protections of Roe v. Wade into Michigan law, the Reproductive Freedom For All ballot initiative is the most likely path to protecting abortion in Michigan.

If the initiative gathers enough signatures, it would place abortion access on the ballot as an amendment to the state constitution. According to the proposal’s website, the amendment would place the right to reproductive freedom in the constitution, protecting all matters related to pregnancy including birth control, abortion, prenatal care, and childbirth.

To be placed on the November ballot, the proposal must submit at least 425,059 valid signatures to the Michigan Secretary of State by July 11.

The wording of the ballot initiative acknowledges having a meaningful reproductive life is not just the ability to not have a baby, but also the ability to give birth and raise a child in humane circumstances, Harris said.

Detroit at San Francisco Preview: A win away from good west coast trip

Listen: He Was Denied Care Because He Owed His Doctor Less Than $100