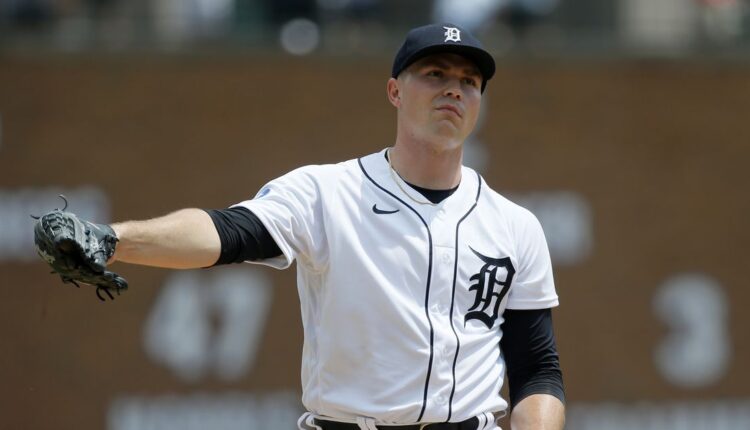 Detroit at San Francisco Preview: A win away from good west coast trip

The Detroit Tigers could not complete the sweep, as a rough pitching performance on Sunday gave the Diamondbacks the series finale, but one win over the next two games would ensure a winning stint out on the west coast. The San Francisco Giants should provide a little more of a test than Arizona, but the Tigers send out their best starter in game one.

Tarik Skubal is still absolutely the best arm Detroit can offer, but the past couple weeks have been a good reminder that he is still figuring it all out. After a dazzling 2.33 ERA over 11 starts to begin the year, including an average of just about six innings per outing, the last three games have seen the 25-year-old surrender 15 runs over just 13 2⁄3 innings, which gives flashbacks to his problematic 2020 debut.

Tuesday will be an important test for the young southpaw. His fastball has regressed and his secondaries have not been getting the job done either. He now faces a top-10 offense on the year that also is top 10 in homers. This has been a weakness for Skubal coming into this season, and if he continues to surrender more longballs, his impressive start to the season might look like some early luck more than the expectation going forward (at least for this stretch of his career).

It is hard to not think of Carlos Rodón as the touted White Sox prospect, but after seven seasons in Chicago, the 29-year-old has moved on. 2021 was the best season of his career, not just because of his no-hitter, which he used to earn a two-year, $44 million contract with the Giants.

None of this should be very encouraging for the Tigers, even after displaying some better offense in Arizona. Rodón has allowed just four runs in five June starts (1.20 ERA) and has been completely locked in. That stretch includes against teams like the Phillies, Dodgers, and Braves, so Skubal is going to have to do his best to keep Detroit in this one.

A .139 average and 34 wRC+ mark is not a recipe for a long stint in the big leagues, but Kody Clemens did log his first homer over the weekend and there are not a lot of clear options behind him in the minors. Clemens absolutely needs to start finding some hits if he wants to stay in Detroit, but it was good to see something positive come from a tough first month. The hope is for better options to pop up, but nothing can be taken for granted offensively right now, so a strong week or two could buy him a longer look.

Doctors call for abortion to remain legal in Michigan ⋆