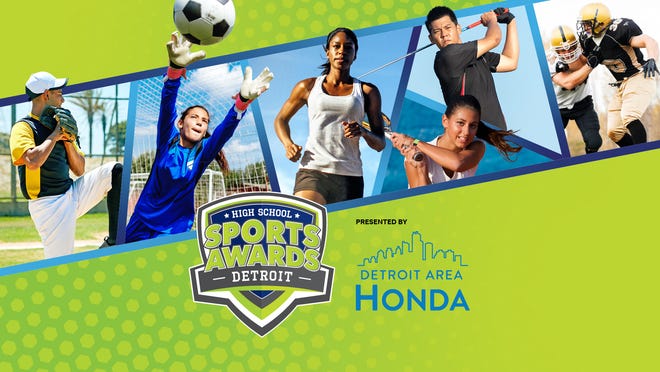 The Detroit High School Sports Awards, presented by Detroit Area Honda Dealers, were held June 17 at The Fillmore Detroit. The show honored more than 300 high school athletes from the Detroit area as well as awarding players of the year for more than 25 sports.

Included in those awards was the Teams of the Year award, sponsored by Army ROTC.

The Team of the Year was the Orchard Lake St. Mary’s Preparatory School baseball team.

After finishing off the Catholic League championship, the Eaglets completed the regular season unbeaten. You have to go back to the middle of last season to find a game in which the Eaglets lost and the team has been ranked No. 1 in the nation.

St. Mary’s features nine players — so far — who have committed to playing Division I college baseball.

It all begins with senior pitcher Brock Porter, the top prospect in the state who has been just about unhittable this season.

Porter’s battery mate is catcher Ike Irish, who will play at Auburn. He believes the Eaglets have been so successful because they put the team above themselves.

“We’re all selfless,” he said. “We don’t care about our individual stats as long as we get a win. Most teams don’t do that. Everybody’s playing for their own stats. They care about their averages and we just care about winning.”

But most of all there is a brotherhood and friendship that has been developed off the field.

“We’re all just friends and brothers,” said Porter. “I would take any of them in my house and feed them all day. I love ’em We hang out on the weekends. We go bowling together, we go out to eat all the time, love each other in school. We just enjoy every moment we have together.”

Here are the winners from each sport, including the team of the year award, sponsored by Army ROTC, and the other premier awards.